LG said its PuriCare 360 air purifier will be available in more than 30 countries by the end of this year as it plans to launch the product in countries that include the United Arab Emirates, Egypt, Vietnam and Hungary.

The air purifier, highlighted by its 360-degree design that distributes filtered air up throughout the home, is currently sold in countries like the United States and China. 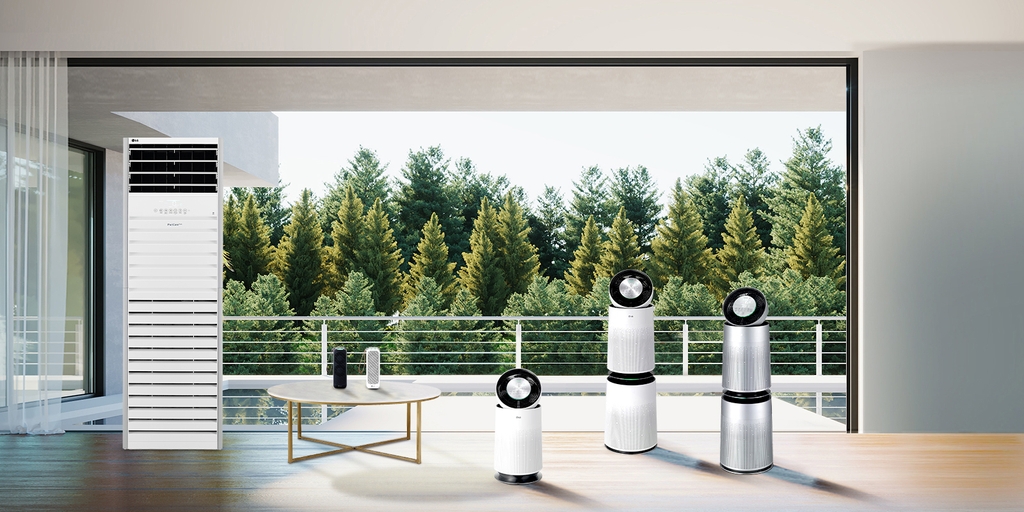 Its portable air purifier, the PureCare Mini, will also hit the shelves in countries, including the United States, Russia and Thailand, by the end of this year, according to LG, making the product available in more than 10 countries.

The company added it is also preparing to launch its large air purifiers in Middle East nations like Saudi Arabia, the United Arab Emirates, Jordan and Iraq later this year. LG said its big air purifiers, mainly used at schools, stores and hospitals, can cover up to 158 square meters of indoor space.

LG believes the emergence of a pandemic-driven stay-at-home economy can boost the demand of air purifiers.

Local analysts have predicted a weak second-quarter performance from LG due to the pandemic, but its home appliance & air solution (H&A) business unit may have suffered relatively small damage due to rising sales of its premium and stylish appliances, such as garment refreshers.