SEOUL, July 3 (Yonhap) -- South Korean football's worst club will run into one of the league's top title contenders this weekend, with both sides having recently made major acquisitions for some boost on offense and defense.

Incheon United are stuck in last place among a dozen clubs in the K League 1, with two draws and seven losses. Those losses have all come in consecutive fashion, costing head coach Lim Wan-sup his job in the process.

On Wednesday, Incheon lost to the K League 2 club Suwon FC 5-4 on penalties in the round of 32 at the FA Cup, an annual tournament organized by the Korea Football Association (KFA). They'll barely have time to pick up the pieces. 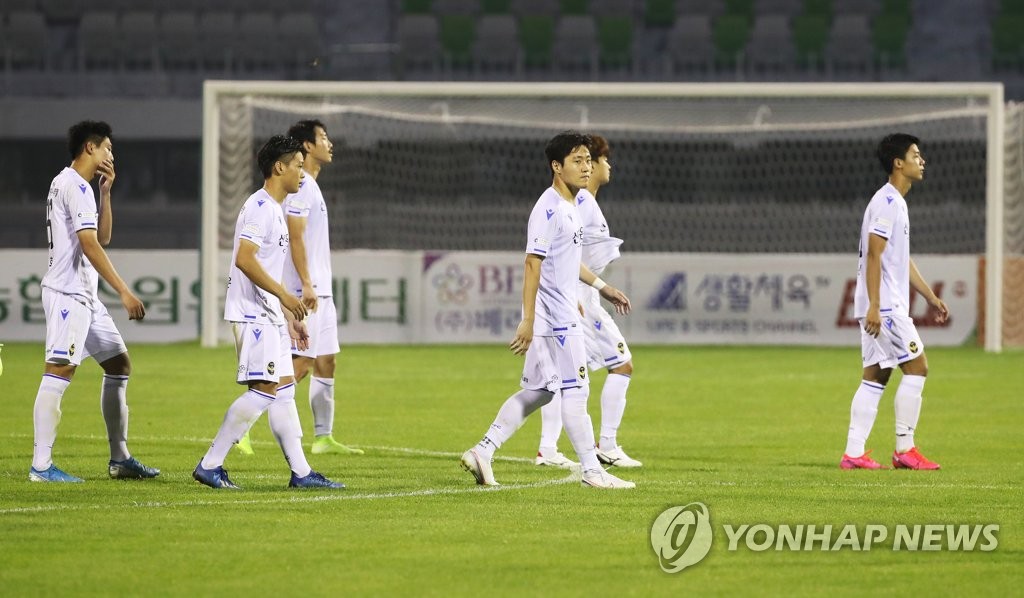 Looking at the upcoming fixture, it was probably difficult even for the most optimistic of Incheon players to see any light at the end of the tunnel. They'll be taking on Ulsan Hyundai FC, the league's second-best team with its most lethal offense.

The match is at Ulsan Munsu Football Stadium in Ulsan, 400 kilometers southeast of Seoul, at 6 p.m. Saturday.

To improve their feeble offense -- with a league-low three goals in nine matches -- Incheon reacquired Costa Rican midfielder Elias Aguilar on Wednesday, on a loan from Jeju United.

Though Aguilar isn't a goal scorer, he enjoyed success as one of the K League's top setup men in his first tour of duty with Incheon in 2018. He ranked second overall with 10 assists and was named to the season-end K League Best XI as an attacking midfielder.

Ulsan, whose undefeated run of eight matches was snapped last weekend in a 2-0 loss to Jeonbuk, also kept busy during the transfer window. They signed South Korean international fullback Hong Chul from Suwon Samsung Bluewings. Though they are already deep in the left back position, with Australian international Jason Davidson and South Korean national team veteran Park Joo-ho, Hong provides some tactical flexibility thanks to his passing skills and speed. 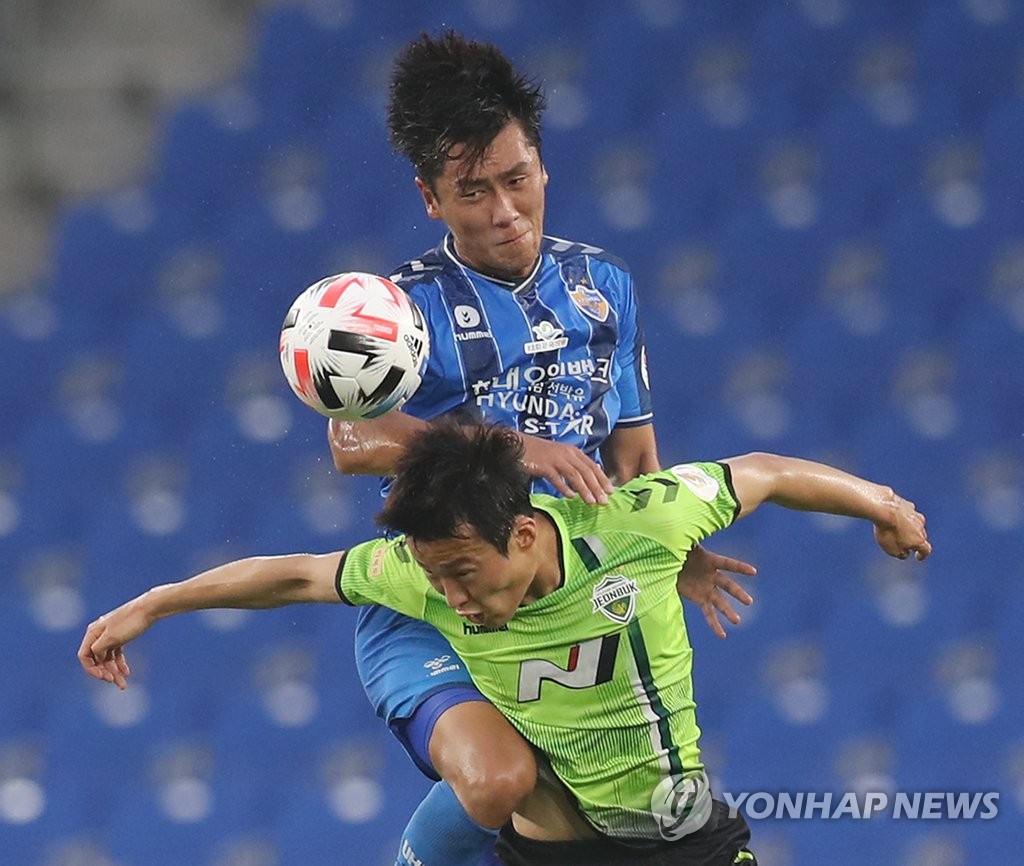 Ulsan are counting on Hong to keep sending his patented crosses into the box for the likes of Junior Negrao, the league's leading scorer with nine goals.

He has also scored in each of the last four meetings against Incheon and has five career goals against them.

Elsewhere on the weekend, FC Seoul and Suwon Samsung Bluewings will collide in a derby that has come to be called "Super Match" at 8 p.m. Saturday at Suwon World Cup Stadium in Suwon, 45 kilometers south of Seoul.

It will be the 90th meeting between the two rivals, though the Super Match has lost much of its luster this year with both teams playing poorly.

During the heyday of the rivalry, these Super Matches were often the biggest event of the season. On April 8, 2007, the Super Match drew 55,397 fans at Seoul World Cup Stadium, and it stands as the largest crowd gathered for a K League match. On the league's all-time attendance rankings, three of the top five are Super Matches.

This year, though, even if fans had been allowed to attend without the coronavirus threat, it's doubtful that the derby would have generated much interest. 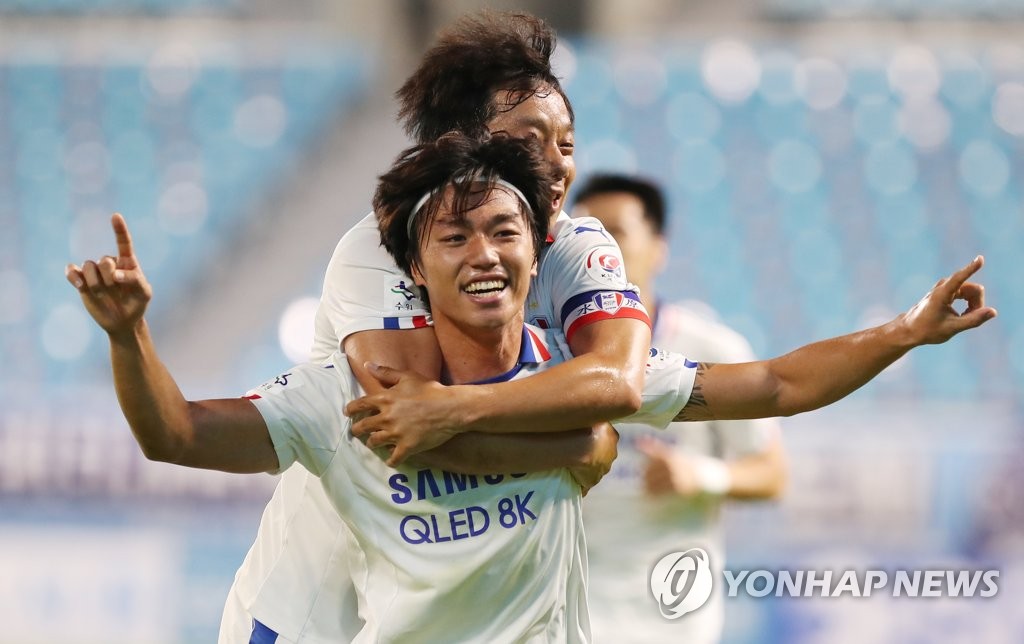 FC Seoul only ended their five-match losing streak last week against Incheon and are in ninth place with nine points. Suwon, with just one win in their past five, are one point back in 10th place.

FC Seoul have had the league's most porous defense, with 18 goals conceded. Suwon haven't won since June 16.

For what it's worth, FC Seoul are undefeated in the past 16 Super Matches, with nine wins and seven draws.

On Saturday, Gangwon FC will host Busan IPark in Gangneung, 230 kilometers east of the capital.

The following day, first-place Jeonbuk Hyundai Motors will visit third-ranked Sangju Sangmu in Sangju, 270 kilometers southeast of Seoul, while Seongnam FC and Pohang Steelers will square off in Seongnam, just south of the capital. Gwangju FC and Daegu FC will meet in Gwangju, 330 kilometers south of Seoul. All Sunday matches will kick off at 7 p.m.