SEOUL, July 3 (Yonhap) -- The Supreme Prosecutors Office will hold internal discussions Friday with senior prosecutors nationwide on how to respond to Justice Minister Choo Mi-ae's decision to command an investigation into an alleged collusion case, the office said.

In a rare move Thursday, Choo exercised her authority to oversee the prosecution's investigation, ordering Prosecutor General Yoon Seok-youl to suspend the convening of an expert advisory panel tasked with reviewing the case that involves a prosecutor believed to be close to Yoon.

The result of the prosecutors' meeting is expected to come out within the day. 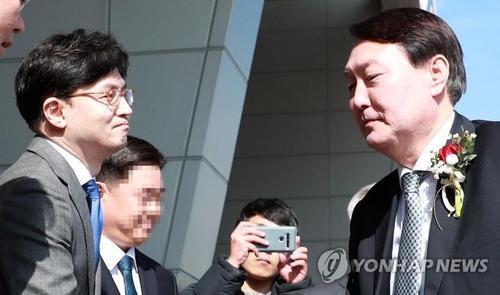