SEOUL, July 3 (Yonhap) -- SK Biopharamceuticals Co. Ltd., which has achieved the largest initial public offering (IPO) of the year so far, continued to perform well Friday, rising by the daily limit following a surge on its market debut the previous day. 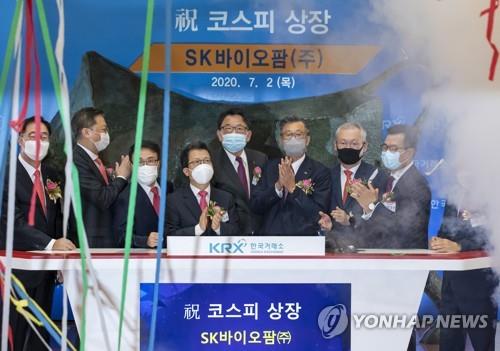