SEOUL, July 4 (Yonhap) -- Shoppers who want to bag a bargain may have to visit major retailers across the country over the weekend as major outlets are planning to hold big events in line with a state-led sales festival designed to boost spending amid the pandemic.

With the sales campaign entering the second week, local discount store chains have prepared to unleash products at super bargain prices as they view this weekend as the last chance to bolster sales during the festival. 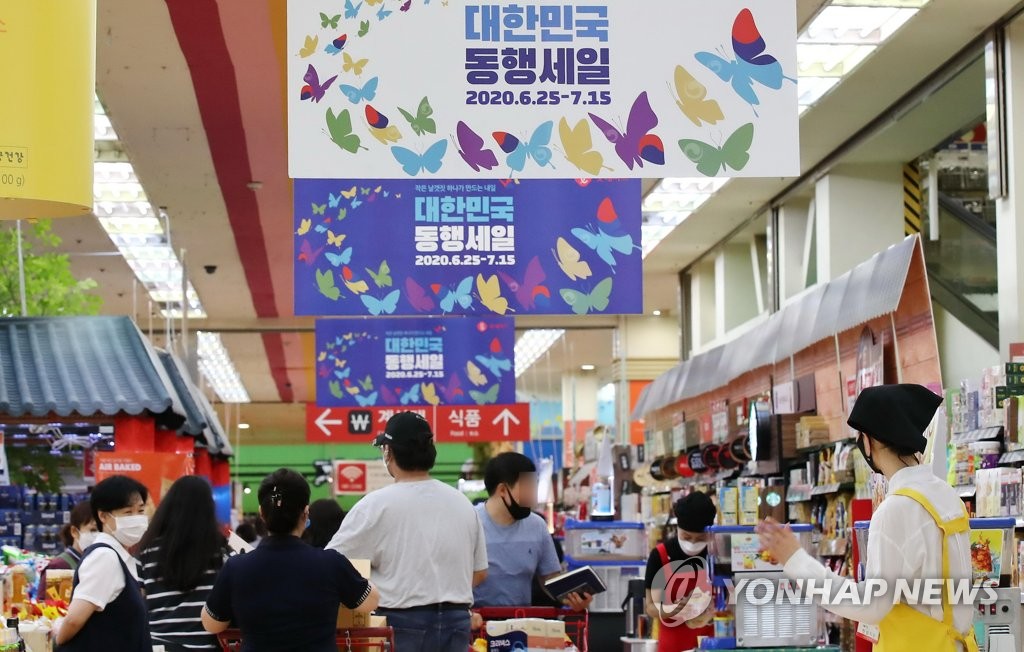 The operators of discount store chains should close their outlets on the second and fourth Sunday every month under regulations designed to help smaller neighborhood shops. They should shut down outlets on July 12, the last day of the sales fest, following the closure on June 28.

E-Mart Inc., the country's biggest discount store chain by sales, kicked off "limited deal" events this week to sell about 10 products at super-low prices. The monthly events will run through the end of this year.

This month, it will sell 12 kinds of products, including watermelons, eggs and onions. The events will end once prepared products are sold out.

Lotte Mart, another major discount store chain, will cut prices of some fresh and processed food as well as daily necessities by half during discount events that will run on Saturday and Sunday.

Lotte Mart said selected items will be sold at prices that will effectively leave no margin for it.

The sales festival has been joined by department stores, discount outlets, e-commerce operators and smaller merchants across the nation.

Three major department stores, hard hit by the COVID-19 pandemic, saw their sales rise by around 20 percent during the first three days of the sales campaign, compared with the same period of last year, according to industry officials.

But traditional markets and smaller merchants have not felt impacts of the festival despite promotion efforts. 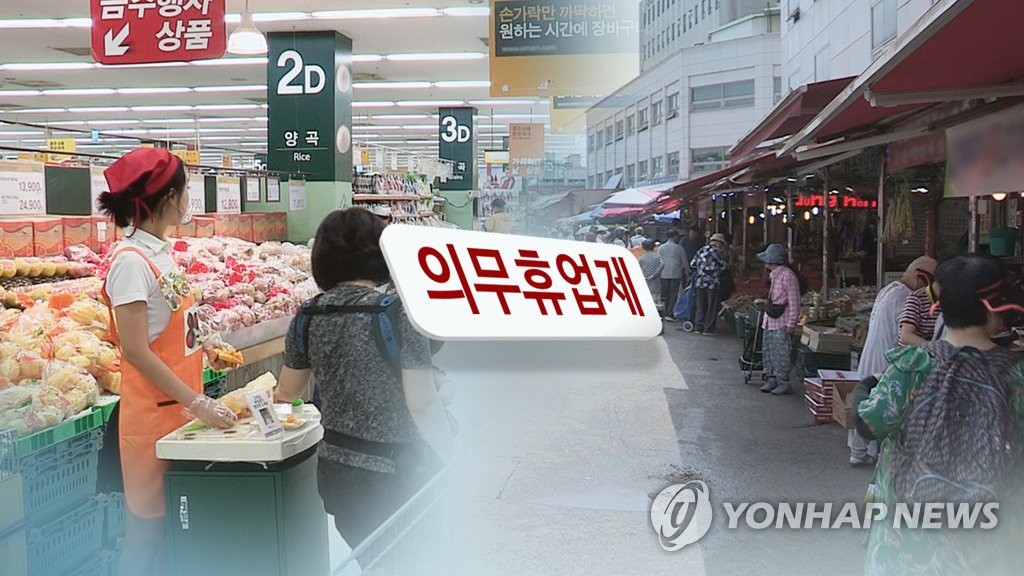