SEOUL, July 5 (Yonhap) -- South Korea's economy is widely expected to suffer its first annual contraction in over a decade this year but may expand, depending on how swiftly and effectively the government implements its budget spending and how quickly the COVID-19 pandemic is brought under control, a think tank said Sunday.

The report said retail sales in Asia's fourth-largest economy remained relatively strong when compared with those of others as the country has not implemented economic lockdowns that are "strong enough to halt consumption" but instead took steps to support household income and spending. 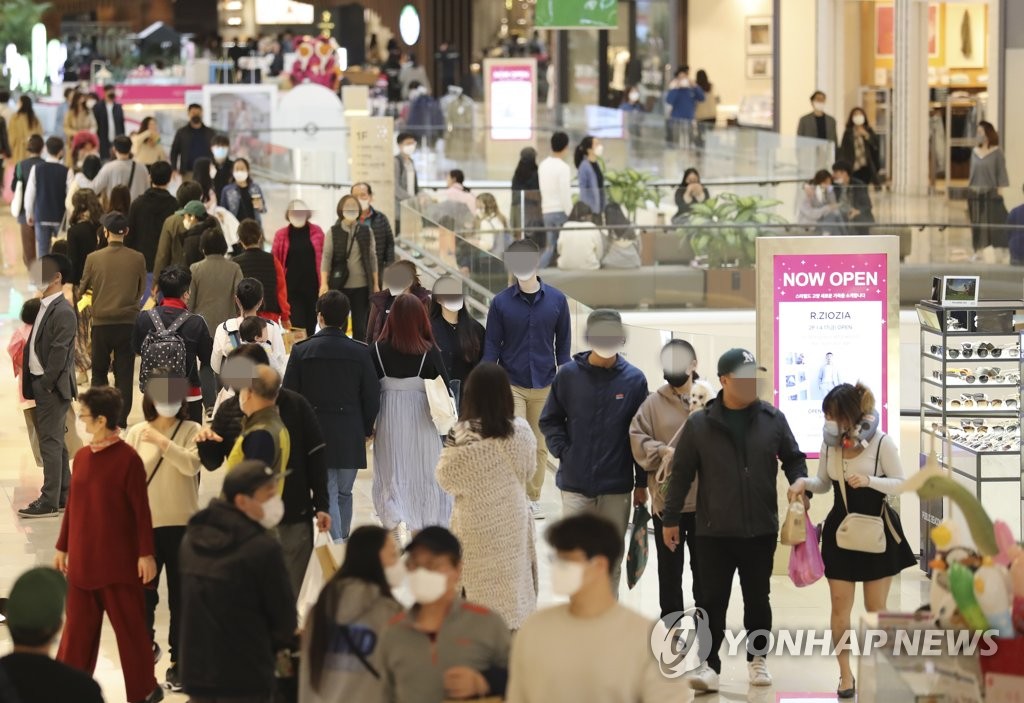 The country has provided up to 1 million won (US$832) in special allowances to each and every local household.

"However, other economic indicators, such as manufacturing output and exports, are falling close to or even worse than the levels seen during the financial crisis," it said.

They, however, plummeted 24.3 percent on-year in April, after the new coronavirus began to take more serious tolls in other countries, forcing them to implement far-fetching economic lockdowns.

Exports again plunged 23.7 percent on-year in May and by 10.9 percent in June.

"A recovery in manufacturing output and investment may also be delayed due to a steady decline in exports following a resurgence of COVID-19 infections in major export markets and reintroduction of economic lockdowns there," the report said.

The Bank of Korea (BOK) forecast the local economy to shrink 0.2 percent on-year in 2020 in its latest growth projection published May 28.

Many others have since offered similar or gloomier outlooks.

The International Monetary Fund estimates the South Korean economy to shrink 2.1 percent this year, with the Organization for Economic Cooperation and Development projecting a 1.2 percent contraction for Asia's fourth-largest economy.

The HRI, however, insisted there also existed the possibility of a positive on-year expansion of the local economy, noting increased government spending alone, if executed as planned, will push up the country's economic growth by 1.51 percentage points.

Seoul has already spent an additional 23.9 trillion won under two extra budgets, and is pushing for a third supplementary budget worth 35.3 trillion won.

"For the economy to successfully rebound in the second half, the country must take policy steps focused on economic growth, along with preemptive stimulus measures while closely monitoring the spread of the new coronavirus and changes in economic conditions," the report said.

In its latest growth estimate, the BOK said the local economy may expand by up to 0.5 percent from a year earlier in 2020 should the new coronavirus pandemic be terminated at an earlier-than-anticipated date.