The K3 league players, whose identities were withheld, intentionally damaged ligaments in their wrists by excessively turning them while holding dumbbells and received surgery for the injuries, which led them to be judged unfit for active-duty service.

They were then assigned to serve alternative military service as social workers, the Military Manpower Administration (MMA) said, announcing its yearlong probe into the cases. Under the current regulations, they are allowed to continue their careers as athletes if they are qualified for the alternative service.

"They shared details on how to evade conscription via a messaging app and sent those tips to other colleagues," an MMA official said.

On Friday, three of the four were given one-year imprisonments, suspended for two years, and 120 hours of community service by a local court. The remaining athlete is soon to stand trial, according to the official.

"If the guilty verdict is upheld by upper courts, they must undergo a physical checkup again for conscription and carry out their due duties according to the result," the MMA said. "We will toughen our monitoring and revise relevant regulations."

All able-bodied South Korean are obliged to serve in the military for about two years. Professional athletes and entertainers are often caught attempting to evade their compulsory military duties out of fears that the military service could interrupt their careers. 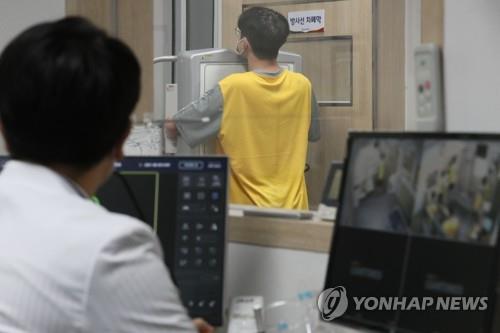