The Army held a personnel affairs committee session on the petition Monday, and Byun was notified of the result Friday.

"The discharge decision in January 2020 was legitimately made according to the medical examination standard and discharge procedures based on the current Military Personnel Management Act. No illegality was found with the discharge decision," the Army said in a statement.

In January, the Army said this case "constitutes a reason for being unable to continue service" due to mental and physical disabilities.

Byun earlier said if the petition is rejected, she will bring her case to court, saying she will challenge the decision "to the end." 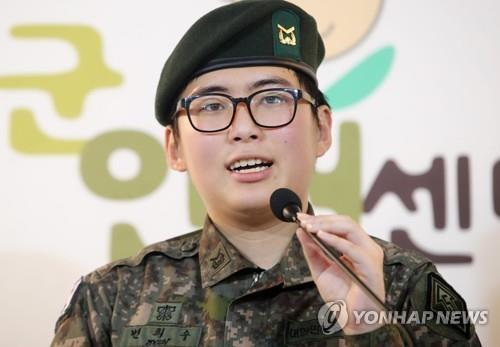