SEOUL, July 3 (Yonhap) -- The national human rights body said Friday it is investigating abuse claims from a late triathlete who filed a petition a day before taking her own life.

The National Human Rights Commission (NHRC) said it received the petition on June 25 from the legal representative of the family of Choi Suk-hyeon, who was found dead the following day in her home in Busan, 450 kilometers southeast of Seoul.

An NHRC official confirmed Friday its special task force on human rights in sports has taken up the case.

Before her passing, Choi had accused her former coach, team physiotherapist and senior teammates of physically abusing her from 2017 to 2019. She was competing for the semi-pro club at Gyeongju City Hall in Gyeongju, 370 kilometers southeast of Seoul, at the time.

Prior to contacting the NHRC, Choi in February had pressed abuse charges against the principals with the local police, who then forwarded the case to the prosecutors in May with a recommendation for indictment on charges of assault and extortion. The Daegu District Public Prosecutors Office said Thursday that it has been investigating the case and will soon interrogate those facing abuse allegations.

In April, Choi also filed complaints with the Korea Triathlon Federation and the Korean Sport & Olympic Committee, seeking discipline for the accused. Neither organization took action.

The sports ministry formed a special investigative team, headed by Second Vice Minister Choi Yoon-hee, to look further into the late athlete's allegations and to grill sports officials on why they failed to follow up on abuse allegations.

The Gyeonggju Sports Association belatedly opened disciplinary proceedings Thursday, and Choi Suk-hyeon's former coach denied all abuse allegations against him during his hearing.

It is an about-face from February, when the coach sent a text message to Choi's father and offered to take all the responsibility and to resign from his position. 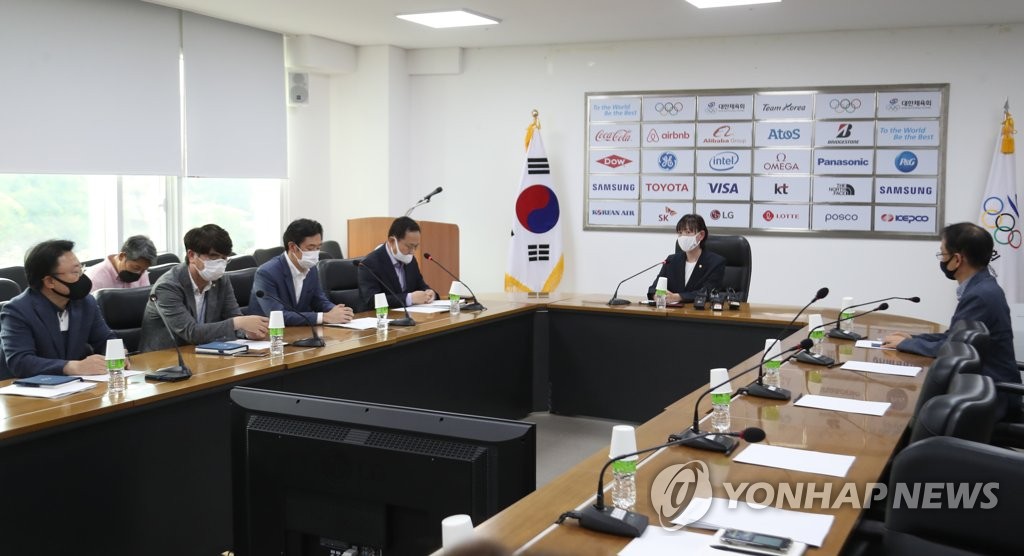 According to Gyeongju officials, the coach on Thursday claimed that he tried to stop the team physiotherapist from striking Choi and that he never hit the athlete himself.

Choi had also made audio recordings of occasions when she was abused by her staff, some of which have been reported on Korean television. In some clips, the coach could be heard threatening to hurt Choi and ordering her to fast for three days after she'd failed to keep her weight down.

Among other alleged abuses that have been reported, Choi was forced to eat 200,000 won (US$167) worth of pastries after ordering a soft drink at a team meal, and she was beat up by the team physiotherapist for not reporting that she had eaten a peach for breakfast.

In her earlier petitions to national sports authorities, Choi claimed that the physiotherapist had asked her for cash during New Zealand training camps in 2015, 2016 and 2019, without telling her why the money was needed or how it was going to be used. Choi said because the therapist was an influential figure, she was too frightened to press him for details. Choi and her family had wired about 15 million won to the therapist's account.

Choi also detailed abusive behavior by one of her older teammates. The teammate also demanded money from Choi for no apparent reason, and Choi ended up transferring 15 million won to the teammate's account between January 2016 and September 2019.

Gyeongju Mayor Joo Nak-young expressed his condolences to Choi's family for their loss and said the city will seek charges against the therapist after further investigation. Joo said the therapist wasn't on the triathlon team payroll but was brought on board on a temporary basis for training camps. Though he has been colloquially referred to as the "team doctor" by Gyeongju triathletes, he isn't one.

The mayor added the city will cooperate with legal authorities to help them get to the bottom of the situation and hold people accountable as necessary.