The state pension fund chalked up a return rate of 11.34 percent last year, earning 73.4 trillion won (US$61.1 billion), according to the National Pension Service (NPS).

The return rate was the highest since the 10.37 percent in 2010, and the profit was the largest since the fund's investment management office was set up in 1999. 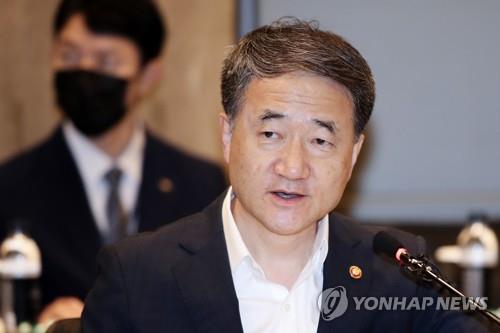 It was also a sharp turnaround from a negative return of 0.82 percent for 2018, when the state pension fund logged the second negative return rate since the global financial crisis in 2008 on tumbling equity markets at home and abroad.

Last year's turnaround was attributed to strong domestic and overseas stock markets combined with interest rate cuts in the United States and other major economies.

Speaking at a meeting of the investment management committee, Health and Welfare Minister Park Neung-hoo said concerted efforts will be made to operate the national pension fund stably despite the coronavirus pandemic that has rattled financial markets.

"The state pension fund's return rate remains low due to the financial fallout from the novel coronavirus outbreak," Park said. "The NPS will bolster its risk management, respond to market swings flexibly and push ahead with plans to expand overseas investments in a bid to boost profits."

The NPS is the world's third-largest pension fund, with assets under its management totaling approximately 724 trillion won as of the end of November last year.
(END)