SEOUL, July 3 (Yonhap) -- Tesla Motors Inc. said Friday it posted explosive sales growth in South Korea this year on the back of growing appetite for electric vehicles and fat subsidies.

Tesla sold a total of 7,079 vehicles in the Korean imported passenger car market from January to June, a whopping increase from 422 units in the same period of last year, according to data from Tesla.

In June, the U.S. electric carmaker said it delivered a record 2,827 units on a monthly basis, sharply up from 121 units a year ago, helped by higher demand for the Model 3.

Among imported carmakers, Tesla ranked fourth in terms of sales last month, following Mercedes-Benz with 7,672 units, BMW's 4,069 and Audi's 3,401, according to the Korea Automobile Importers and Distributors Association. 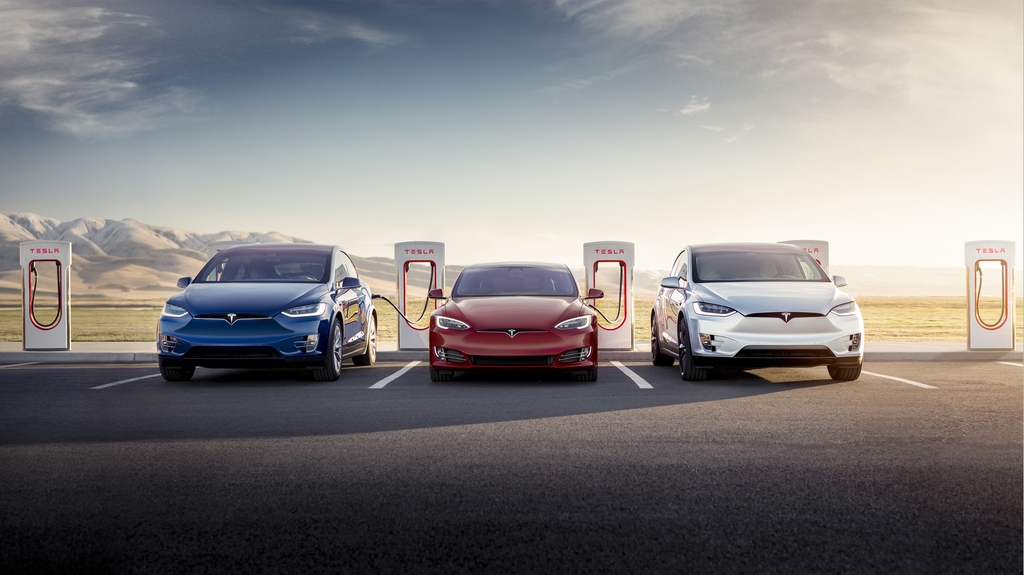 Tesla Korea sells models, such as the Model 3, Model S and Model X in South Korea.

Since it entered the Korean market in March 2017, Tesla has built about 450 slow-charging stations and 32 superchargers across the country. It takes 10 hours to fully charge a Tesla vehicle with a slow charger, but it takes about an hour with a supercharger.

To further boost sales here, Tesla named a financial expert as country director for South Korea in May.

Kim Kyung-ho, 44, began his term at Tesla Korea on May 11 after serving as vice president at the Korean branch of U.S.-based bank State Street for 7 1/2 years.