SEOUL, July 3 (Yonhap) -- The southeastern city of Daegu was on high alert Friday after it reported its first double-digit number of new cases of coronavirus in about three months.

The Korea Centers for Disease Control and Prevention and the local government said 14 new infections were confirmed in the city, once the nation's epicenter of COVID-19.

It is the first time that Daegu has had more than 10 new infections since April 7, when 13 new cases were confirmed. 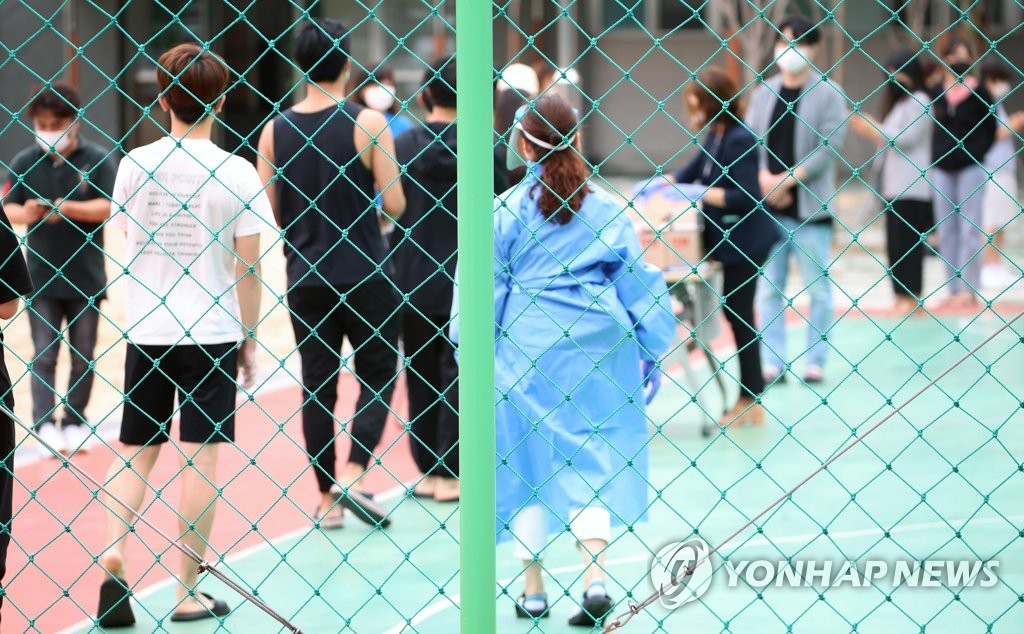 The latest cases include nine students attending a private acting academy and an adult who contacted one of the students.

Another patient, an elementary school student, recently traveled to Jeju Island. The remaining three arrived from the United States on Wednesday.

The city government closed and disinfected the drama institute and banned gatherings there for 10 days.

The authorities ordered 89 acting, vocal and dance institutes in the city to implement strict precautionary measures against the virus.

The city also directed four schools attended by the patients to switch to online classes. About 1,300 students and teachers of the schools were being tested for the virus, officials said.
(END)