SEOUL, July 3 (Yonhap) -- As a former catcher, Doosan Bears' manager Kim Tae-hyoung has a long-established philosophy on pitching that he tries to instill in his own players.

It's nothing groundbreaking or innovative, but something that's much easier said than done, not just in the Korea Baseball Organization (KBO) but any other league: getting ahead in the count. 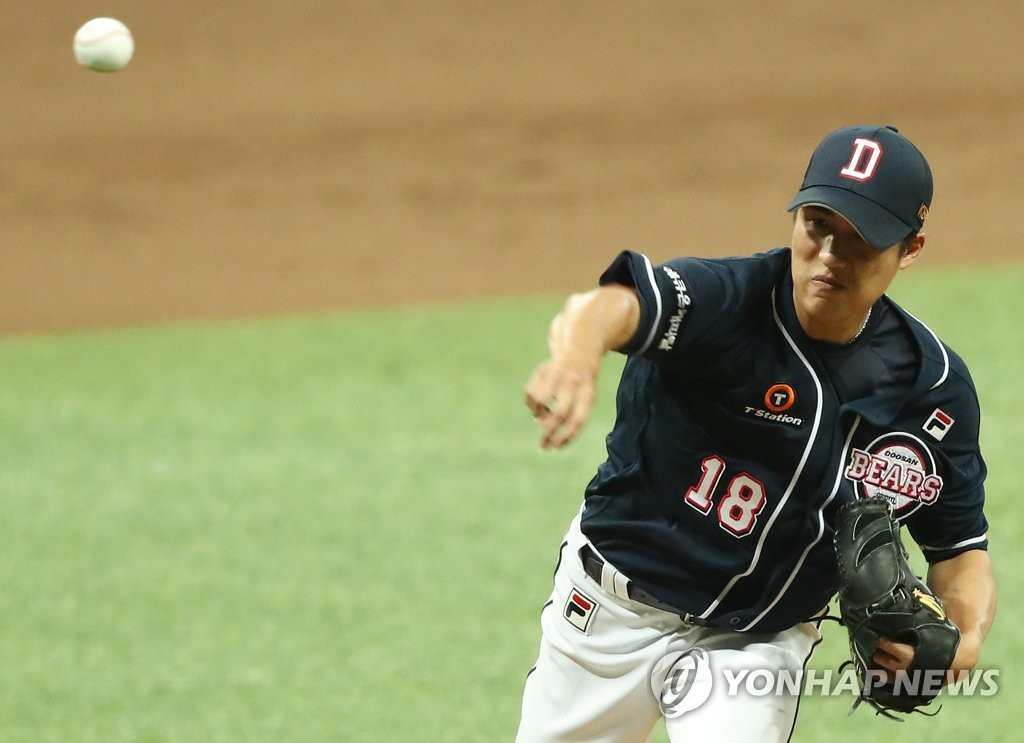 "I feel that it's always important to pitch aggressively from the beginning and get strikes," Kim said Friday before hosting the Hanwha Eagles at Jamsil Baseball Stadium in Seoul. "Even if you get hit, you have to attack the strike zone. If you fall behind in the count, you've already lost the battle."

Kim was compelled to dive into his pitching theory after he saw his five pitchers give up 16 hits and six walks in a 10-7 loss to the Kiwoom Heroes Thursday.

Starter Park Jong-ki lasted just three innings, during which he was charged with three earned runs on seven hits and three walks. He was lifted after Seo Geon-chang's leadoff single in the fourth, with the Bears up comfortably 7-2.

Right-hander Hong Geon-hui was summoned from the bullpen to put out a fire but ended up serving up a two-run home run to Park Byung-ho.

Hong struck out Kim Ha-seong but walked Lee Jung-hoo on seven pitches to put two on for the dangerous slugger Park. Hong fell behind 3-0 in the count but got it to 3-2, before Park sent a towering shot to left field.

Manager Kim said Hong should never have walked Lee in the first place.

"I think Hong was trying too hard not to give up a hit against Lee," the skipper said. "And then against Park, he kept throwing to the corners because he didn't want to allow a big one. Then he fell behind in the count and put himself into a position where he had to throw a strike." 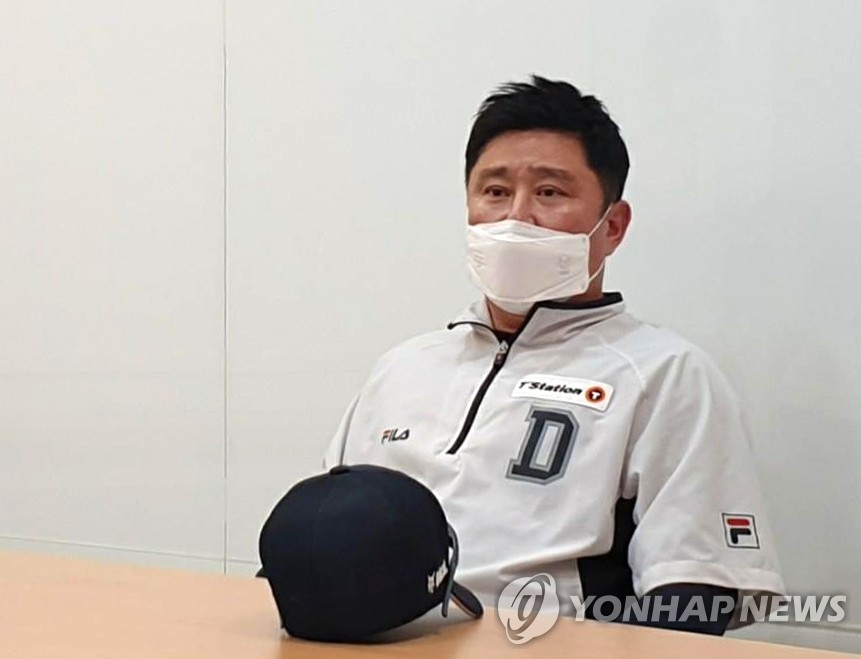 Kim opined that the main reason young pitchers often fail to get ahead in the count is the fear of giving up hits.

"If you're going to get hit, you may as well do it early and then hand it over to the bullpen quickly before things get further out of control," Kim said. "Unless you're good enough to throw breaking balls and off-speed pitches for strikes consistently, you should start pounding the zone (with fastballs) right away."

Kim said he feels his pitchers are performing to the best of their abilities. Heading into Friday, the Bears ranked eighth among 10 clubs in team ERA with 5.26