SEOUL, July 3 (Yonhap) -- The defense ministry deferred a decision Friday on where to relocate a military airport in the southeastern city of Daegu as one of the candidate counties objected to a government proposal that it co-host the airport together with an adjacent county.

In January, the ministry announced that the country's southeastern county of Uiseong and its adjacent Gunwi will co-host the new airport to replace the Daegu airport and serve both military and civilian purposes, based upon the results of residents' vote.

Both of the local governments were supposed to submit their applications by Friday to officially confirm the site. But Gunwi raised an objection and has insisted on its unilateral hosting.

During a committee meeting presided over by Defense Minister Jeong Kyeong-doo, the government decided to extend the application period to July 31.

If Gunwi fails to accept the co-hosting proposal, the project should go back to the drawing board, because Gunwi as a unilateral candidate was found unfit for the project, according to the ministry.

"Minister Jeong asked for related local governments' active cooperation and support to smoothly push for the project," the ministry said in a release.

The planned relocation of the airport in Daegu, some 300 kilometers southeast of Seoul, has been long anticipated by residents in the city amid complaints of aircraft noise, development restrictions and other issues related to the airport and military facilities in their neighborhood. 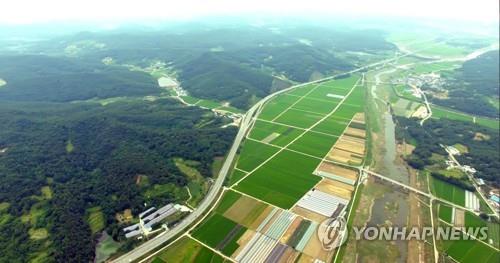