CHUNCHEON, South Korea, July 3 (Yonhap) -- A court on Friday overruled a police decision to disclose the personal information of a suspect involved in a high-profile online sex crime case.

The Chuncheon District Court accepted an injunction request filed by a 38-year-old male suspect of the so-called Nth room sex crime case, asking to nullify a police committee's decision to reveal his identity.

The man is charged with allegedly purchasing videos of underage girls being sexually exploited through a pay-to-view online club on messaging application Telegram.

The suspect is also alleged to have illegally filmed sexual footage of several adults and eight underage teenagers from September 2014 to March of this year.

In its ruling, the court noted that the suspect was currently in custody pending a legal proceeding and that he rejected key charges leveled at him. The court saw the need for follow-up investigations amid disputes over the allegations raised.

"It's hard to acknowledge the need to immediately reveal the suspect's personal information," the court ruled.

On Wednesday, a review committee formed of criminal behavioral experts, including psychologists and psychiatrists, at the Gangwon Provincial Police Agency decided to reveal the personal information of the suspect, citing the public's right to know and to prevent recidivism and additional crimes.

The suspect was forwarded to prosecutors on Friday before the court made its ruling.

"I apologize to the victims," the man told reporters while being escorted to the Chuncheon District Prosecutors' Office. The suspect wore a facial mask and a baseball cap. 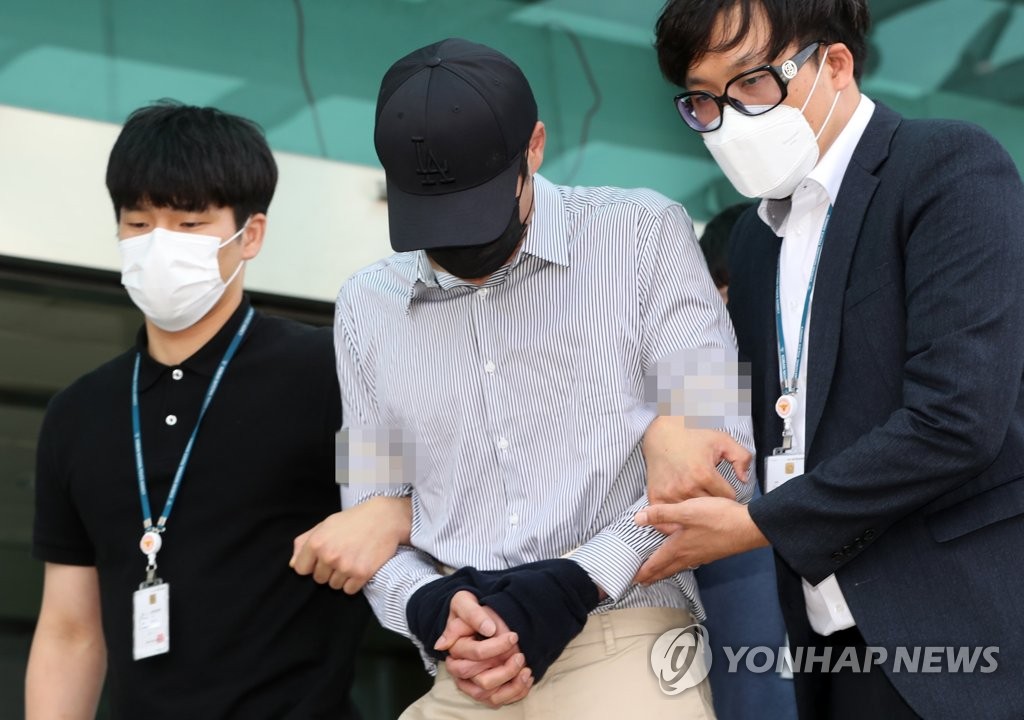