SEOUL, July 3 (Yonhap) -- Park Sei-hyok launched a walk-off solo home run to lead off the ninth, as he lifted the Doosan Bears past the Hanwha Eagles 2-1 in their Korea Baseball Organization (KBO) showdown Friday.

Park took Hanwha reliever Kim Jin-young deep into right field at Jamsil Baseball Stadium in Seoul, handing the Eagles their fifth straight loss. The teams have now split their four games so far this season and will continue their three-game weekend series Saturday back at Jamsil. 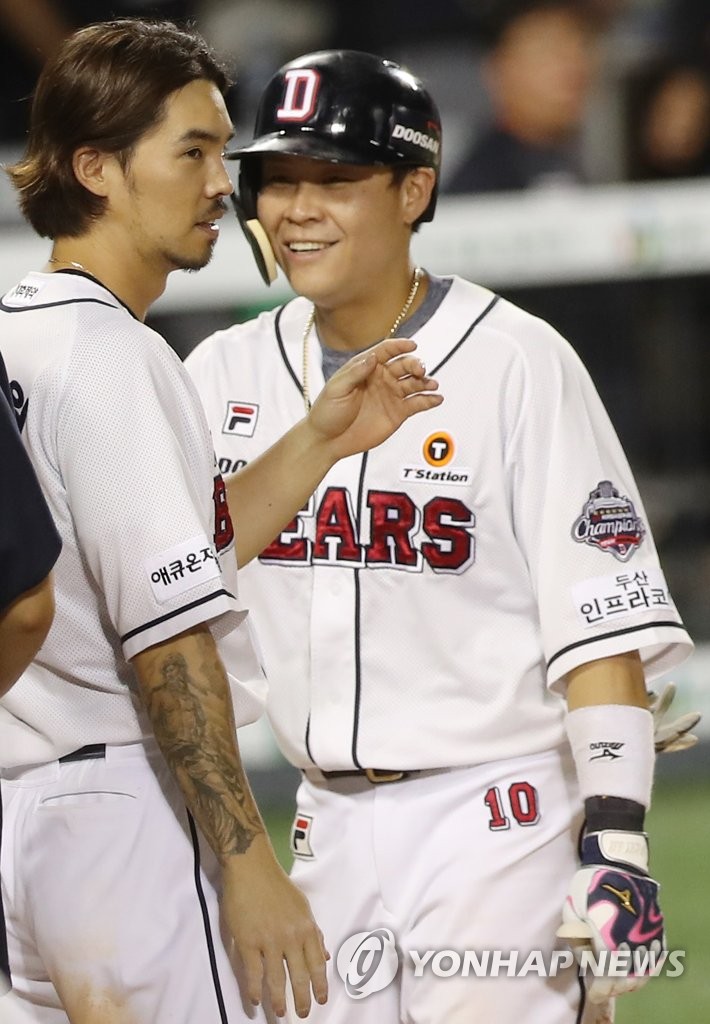 Neither starter got a decision despite strong outings. Hanwha starter Kim Beom-su was in line for a victory after tossing six shutout innings, only to see the bullpen fritter away the 1-0 lead in the bottom eighth.

Kim's counterpart, Raul Alcantara, was dominant at times in striking out nine batters in seven innings. He touched 155 kilometers per hour (96.3 miles per hour) with his fastball, and his only blemish was an RBI single against Kim Tae-kyun in the top sixth.

The Bears put at least a runner on base in every inning from second to fifth but failed to solve Kim Beom-su.

In the bottom third, the Bears got a single and a walk against Kim with the meat of their order coming up. But Jose Miguel Fernandez, who carried a league-best .390 batting average into this game, grounded into a double play, with Oh Jae-il following it up with a weak flyout to left. 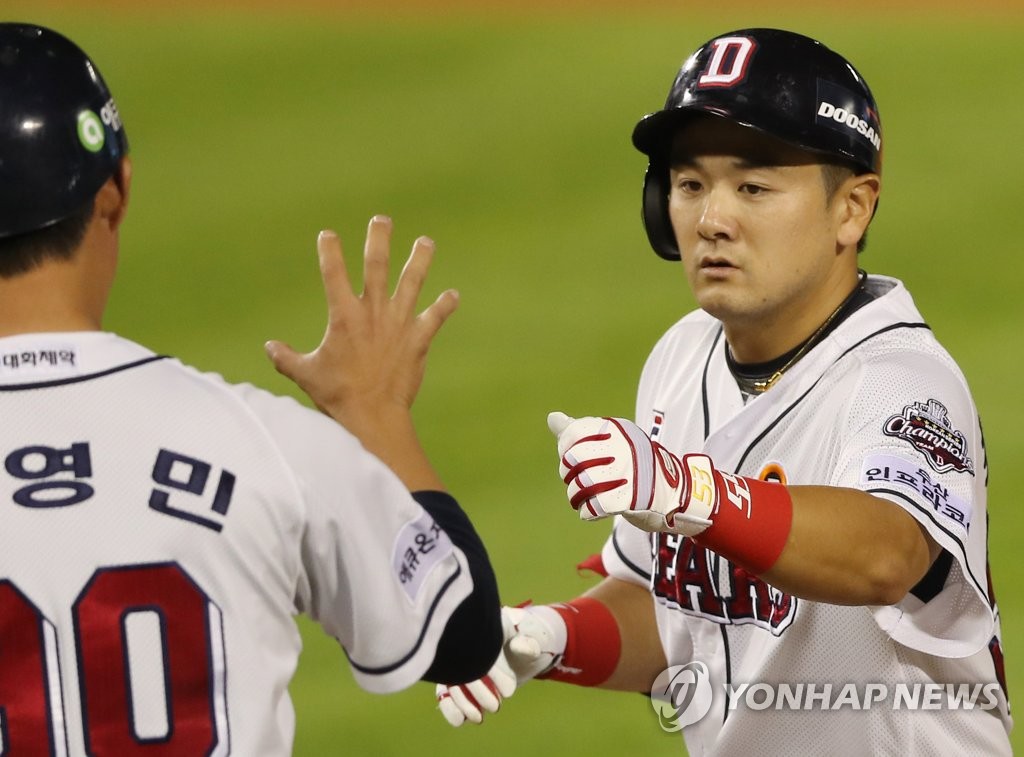 The Bears put two men on for Oh again with two outs in the fifth, and Oh again flied out to left to end the rally.

Kim Tae-kyun ended a string of zeroes with an RBI single in the top sixth, and the Bears continued to squander opportunities.

A two-out double by Heo Kyoung-min went for naught in the bottom sixth. Park Sei-hyok led off the seventh with a walk but was doubled off at first base after Jung Soo-bin popped out to third on a bunt attempt.

The Eagles wasted a bases-loaded chance in the eighth to give themselves more breathing room, and the Bears made them pay in the bottom half of that inning.

Reliever Hwang Young-kuk gave up a walk and a single to open the bottom eighth. He struck out cleanup Kim Jae-hwan but couldn't get past Choi Joo-hwan, whose single to left brought in the game-tying run.

After the Eagles went quietly in the top ninth, Park stepped up against Kim Jin-young and drilled a 2-1 fastball into the left field stands. It was Park's first career walk-off home run.

"I was just waiting for a pitch to hit," Park said of his approach at the plate. "With nobody on base, I wanted to make sure I would reach safely. I didn't want to force the issue too much, but I swung the bat with confidence."

Park's first career walk-off hit came in the regular season finale in 2019, and it clinched the pennant for the Bears and sent them straight to the Korean Series. They would go on to sweep the Kiwoom Heroes for the championship.

Park said whenever he comes on in a potential walk-off situation, he will always have that 2019 moment to fall back on.

"The key for me is to relax, because I know the situation is just as tough for the pitcher on the mound," Park said. "And I've become a lot more confident in these situations after last year." 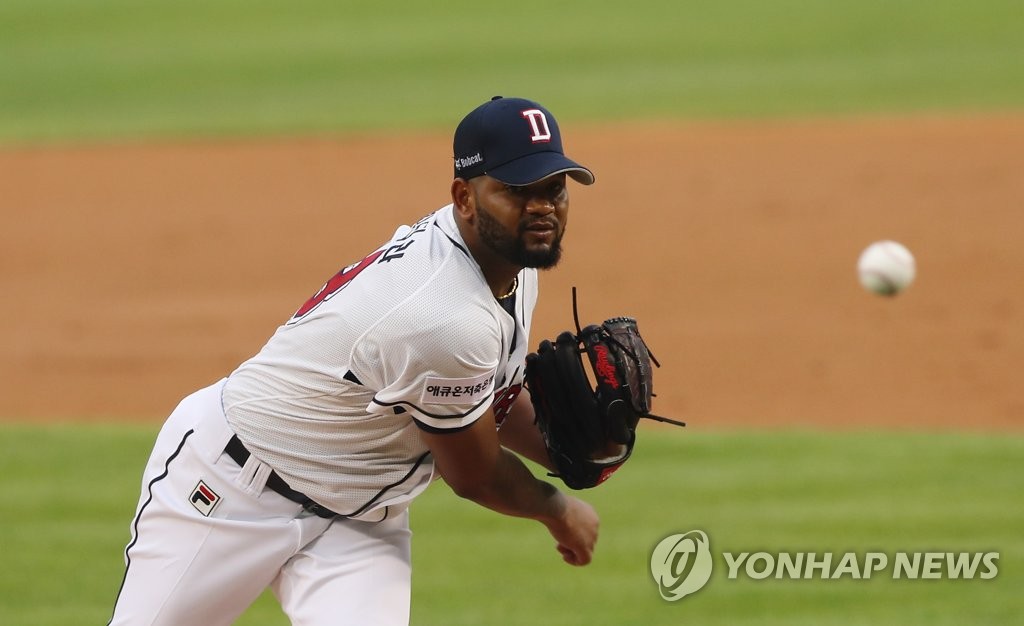