The latest COVID-19 cases brought the total number of infections among the USFK population to 47.

Two dependents of a USFK service member arrived at Incheon International Airport, west of Seoul, from Europe on June 21 and were moved to Camp Humphreys in Pyeongtaek, some 70 kilometers south of Seoul, where they tested negative for their first mandatory COVID-19 test, and entered quarantine.

On their second test required to exit the isolation, however, both tested positive, according to USFK.

The third patient is a newly assigned service member, who arrived here Wednesday on a U.S. government-chartered flight from Japan.

The fourth individual, a USFK contractor, arrived here from the United States on Thursday and was transported to Camp Humphreys where he received a positive result on his first mandatory COVID-19 test, USFK said.

The fifth patient is a service member who was returning to USFK. He arrived at the Incheon airport Friday and was tested there after showing symptoms consistent with the new coronavirus.

Since testing positive, all five have been moved to Camp Humphreys' isolation barracks designated for virus patients, according to USFK.

The Pyeongtaek city government on Friday released data on four of the five patients.

"USFK health professionals determined there was limited contact tracing due to the service members and all others on the commercial and chartered flight being tested and immediately quarantined; thorough cleaning of Camp Humphreys' quarantine rooms has been completed," the U.S. military said in a release.

Any USFK-affiliated individual arriving in South Korea from overseas will be tested for COVID-19 and then quarantined for 14 days. Medical personnel will administer a second test prior to anyone being released from isolation. 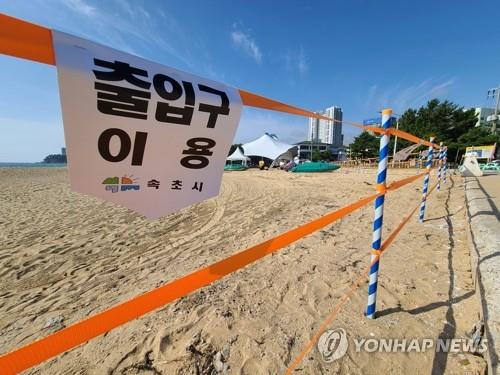