Kim issued the order during a politburo meeting Thursday, warning that premature easing of anti-virus measures will lead to an "unimaginable and irretrievable crisis."

The appeal was seen as a sign that the North's COVID-19 situation could be serious, though Pyongyang claims there has not been a single case. It was the second time in three months that the North has convened a politburo meeting to discuss the coronavirus pandemic.

On Sunday, the Rodong Sinmun said all people should rise up to carry out the leader's order.

"In a situation where the prospect of resolving the risk is uncertain, we should be on maximum alert without becoming complacent or slackening," the paper said in an editorial, calling for "absolute" obedience to anti-virus regulations and orders.

The official Korean Central News Agency also said the country is trying to carry out anti-virus measures in a stricter manner nationwide while redoubling monitoring and disinfection efforts in regions near the sea and land borders.

Last week's politburo meeting shows the country puts the lives of people ahead of anything else, the KCNA said.

The Minju Joson, a cabinet newspaper, also said in an editorial that virus prevention centers across the country should try to come up with detailed and timely measures in a preemptive manner so as to maintain the emergency virus prevention system in a stricter way.

North Korea claims to have had no coronavirus infections so far, but many outside observers suspect that Pyongyang might be hushing up an outbreak. The country has taken relatively drastic anti-virus measures, including closing its borders. 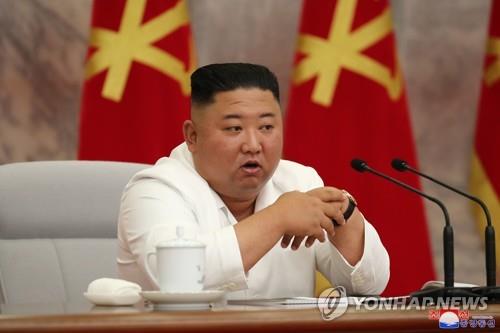 (LEAD) N.K. paper calls for following through with Kim's order for 'maximum alert' against virus

(LEAD) N.K. paper calls for following through with Kim's order for 'maximum alert' against virus