The number of air passengers on international routes by local air carriers plunged to 328,348 over the April-June period, compared with the 15.2 million posted a year earlier, according to the data compiled by the Korea Civil Aviation Association (KCA).

Local airlines have grounded most of their flights on international routes since March as an increasing number of countries have closed their borders due to concerns over the new coronavirus pandemic. 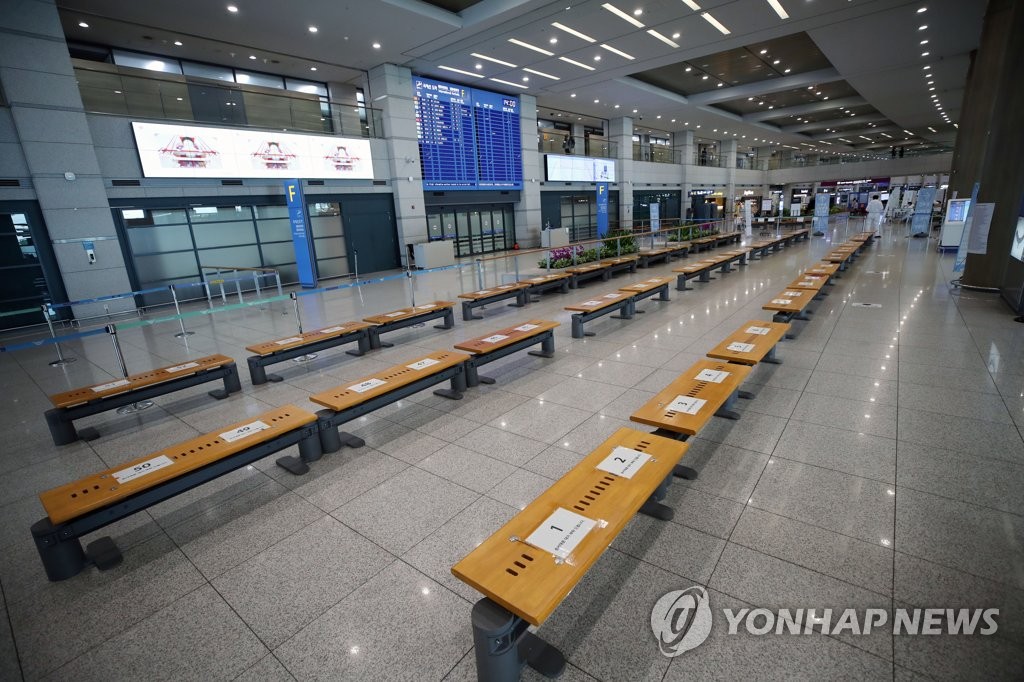 The number of air passengers on domestic routes, however, managed to drop at a smaller margin of 37.8 percent over the period, due to the rising number of travelers heading to local destinations, according to the KCA.

Over the April-June period, the number of domestic air passengers decreased by 37.8 percent on-year to 5.24 million.

The International Air Transport Association and the Airport Council International currently expect it may take up to five years for the number of air passengers to rebound to the pre-pandemic level.