SEOUL, July 5 (Yonhap) -- The main opposition United Future Party (UFP) will return to the National Assembly this week, its floor leader said Sunday, after boycotting all proceedings for weeks in protest of the ruling Democratic Party's unilateral formation of standing committees.

"Starting Monday, we will attend the plenary and standing committee sessions and carry on with our fight in earnest inside the assembly," Rep. Joo Ho-young told reporters.

The DP controls 176 out of 300-seat parliament after its landslide victory in the April general elections. Despite the UFP's strong objection, the DP took the chairman posts of all but one of the 18 parliamentary standing committees and passed an extra budget bill pending plenary approval. 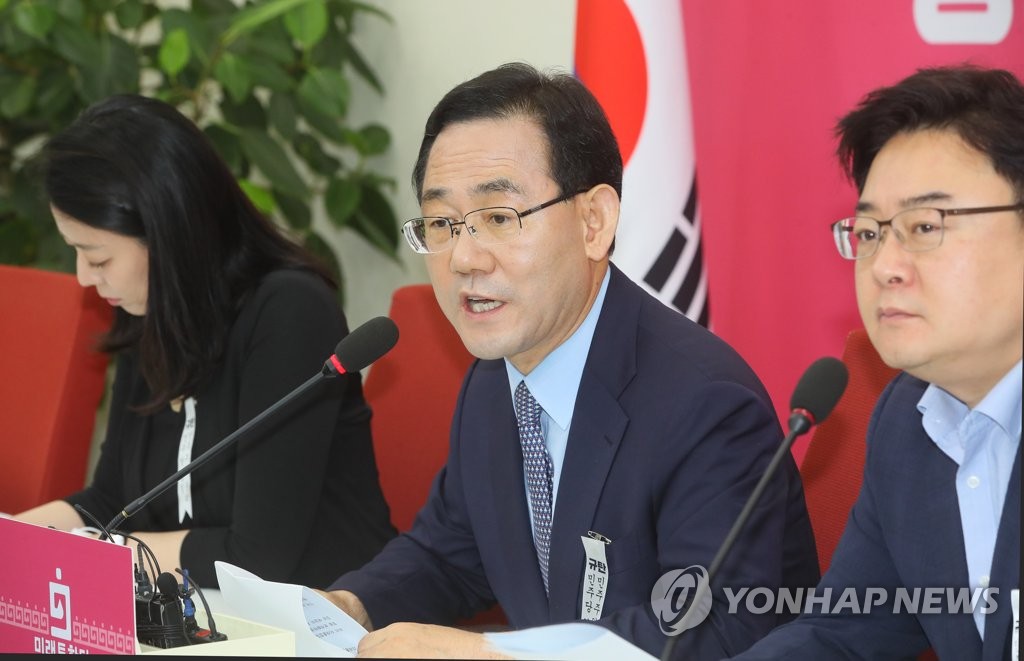 "We have never left the National Assembly, but we fought against the destruction of parliamentary democracy perpetrated by Cheong Wa Dae and the ruling party," he said.

Joo also said that his party will concentrate on preparing for confirmation hearings on Park Jie-won and Lee In-young, who have been nominated as the chiefs of the National Intelligence Service and the unification ministry, respectively, rather than boycotting the hearings.

The rival parties remain far apart over a number of other contentious issues, including a scandal involving an activist-turned-lawmaker accused of misappropriating donations collected for wartime sexual slavery victims and the DP's push for a bill criminalizing the flying of anti-Pyongyang leaflets across the border into North Korea.
(END)