The data from the state-run Korea Tourism Organization (KTO) showed a mere 6,111 foreign tourists visited South Korea in May, compared with over 1.23 million a year earlier.

In particular, it was less than half the 12,864 crew members of flights and ships, who arrived in the country in May.

The KTO tally also showed the number of foreign arrivals in South Korea totaled 30,861 in May, down roughly 98 percent from a year earlier. 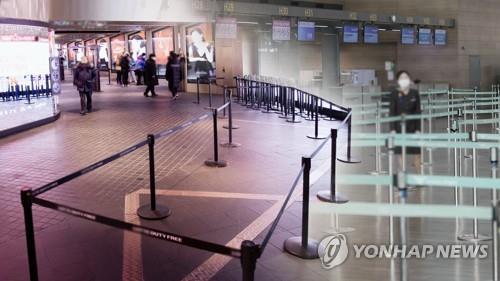 U.S. tourists to South Korea were the largest number at 2,996 in May, followed by those from the Philippines with 725 and Indonesian visitors with 581.

The tourism promotion painted a gloomy outlook for the number of tourist arrivals in South Korea down the road, citing the resurgence of coronavirus cases in the United States and other countries despite the reopening of some economies and eased travel restrictions.

South Korea requires all arrivals to self-quarantine for two weeks in an effort to curb the spread of the novel coronavirus.

The new coronavirus has infected some 11.3 million people across the globe since December, with the death toll reaching about 523,000.
(END)

Tourist arrivals in S. Korea dip sharply in May

Tourist arrivals in S. Korea dip sharply in May