SEOUL, July 6 (Yonhap) -- South Korea saw its daily new virus cases slightly fall Monday, but a rise in cluster cases in major southern cities, such as Gwangju, as well as imported cases, continued to put a strain on the country's virus fight. 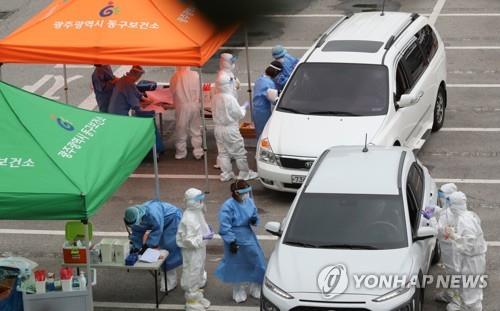 A total of 87 cases have been tied to a Buddhist temple named Gwangneuk in Gwangju as of Monday, up seven from a day earlier. The figure includes cases from a church, also in the city, as the two clusters were found to have connections.

The KCDC said the reproduction rate, or R number, for COVID-19 in southern provinces of Chungcheong and the southwestern Honam region that includes Gwangju was at 1.3 over the past week, higher than the national average of 1.06.

The R number reflects the average number of people infected by a single patient. It is a way of rating a disease's ability to spread, and a higher figure indicates a greater possibility of more people getting infected.

A total of 246 schools were closed Monday, with some 180 of them located in Gwangju, according to the education ministry.

All kindergartens, elementary, middle and high schools in Gwangju's Buk Ward, where an elementary school student has tested positive, will also close for a week, with the exception of high school seniors who are preparing for the year-end college entrance exam.

South Korea has been troubled by rises in sporadic cluster infections in the greater Seoul area since it relaxed strict social distancing on May 6 on the flattened virus curve. 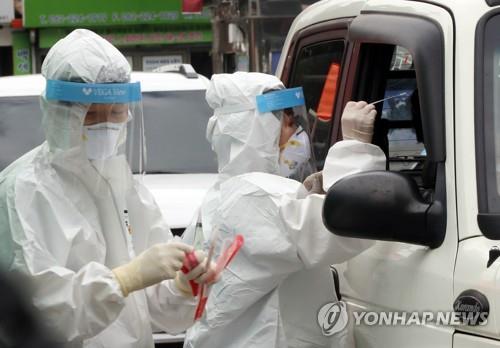 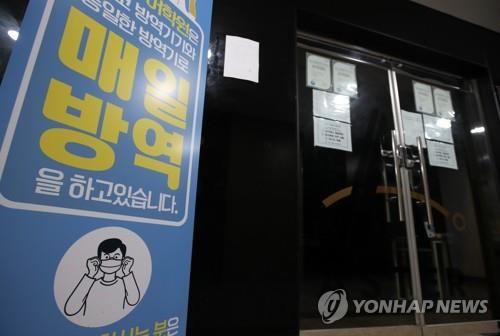