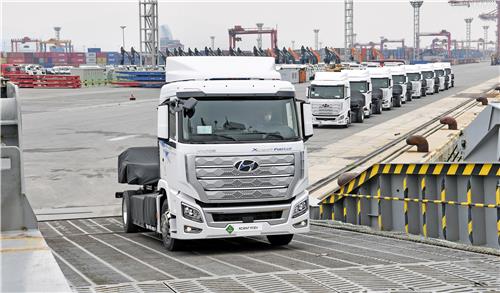 On the passenger vehicle side, Hyundai sold 9,228 Nexo hydrogen cars -- composed of 7,533 units domestically and 1,695 overseas -- in global markets from 2018 through June this year.