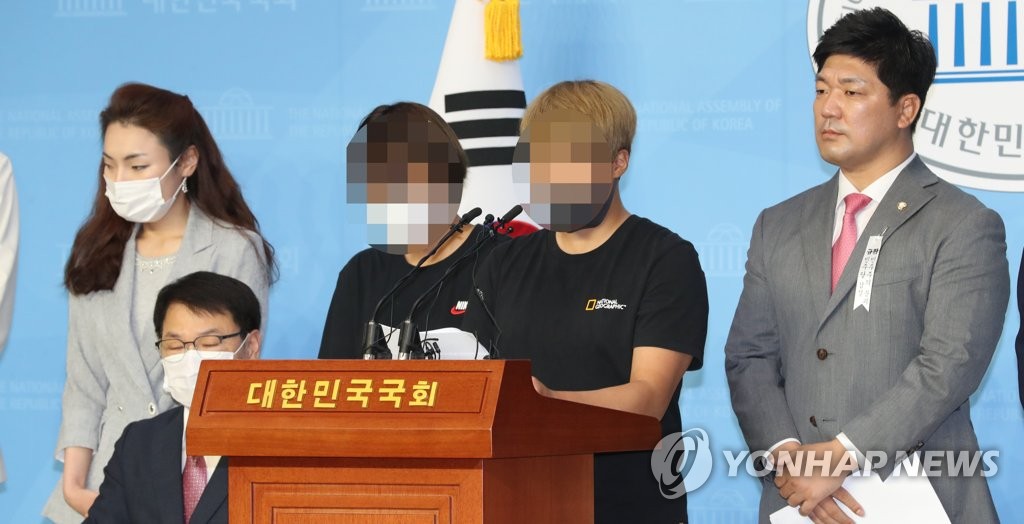 These two teammates made more shocking claims, and while Choi's allegations centered mostly on the coach and the therapist, the two also pointed to the team captain.

"The captain said Suk-hyeon and her father were both psychos and didn't want anyone to become close to her," one teammate said. "The captain once dragged me to the rooftop and almost forced me to jump off. I had to beg for my life. And when I missed practice with the flu, the captain had someone hit me with a piece of lumber."

The two teammates also alleged the therapist sexually harassed them and claimed, "He once said, 'I am going to drive Suk-hyeon to suicide.'"

The two said Gyeongju police downplayed the gravity of the situation when investigating Choi's charges. They were called in for additional questioning, but a police detective told them he didn't want to hear any more allegations of what Choi had already said, and he felt the alleged abusers would get away with a fine and nothing more.

"I will protect them the best I can," Lee added.

Six other Gyeongju triathletes shared their traumatic experiences with Lee.

According to Lee, one triathlete suffered a broken finger after the coach kicked her in the hand, and another had her eardrum ruptured when the coach slapped her in the face.

One athlete was forced to take swimming practice soon after an appendectomy, with stitches still on the area.

Choi earlier claimed she was forced to drink alcohol while training with the Gyeongju club before her high school graduation. One athlete supported the claim, saying the coach forced high school athletes to drink during their training camp in New Zealand in 2015. The underage athletes were told to throw up and keep drinking afterward because they needed that kind of toughness to be triathletes, according to that athlete.

Some of these athletes have already left Gyeongju, and they said they were asked not to talk about rampant abuses to anyone outside Gyeongju.