SEOUL, July 6 (Yonhap) -- Dialogue with North Korea must continue under any circumstances, South Korea's unification minister nominee said Monday, two days after Pyongyang rejected the possibility of another summit with the United States.

Lee In-young, a four-term ruling party lawmaker, also vowed to seek a "creative solution" to achieve peace with the North, as he spoke to reporters upon arriving at the ministry's inter-Korean dialogue office for work for the first time since Friday's nomination.

Lee also called on the North to refrain from any acts causing military tensions.

"It is desirable that dialogue between the South and the North, and between the North and the U.S. continue without stopping under any circumstances," Lee said.

The remark came after North Korea said Saturday that it feels no need to meet with the United States for talks, accusing Washington of taking advantage of dialogue between the two countries as "a tool for grappling its political crisis."

The rejection came after talk gained traction of another summit between U.S. President Donald Trump and North Korean leader Kim Jong-un after President Moon Jae-in said he would push for such a meeting to happen before November's U.S. presidential election.

The North also cut off all cross-border communication lines and threatened to take more retaliatory steps, though leader Kim Jong-un later called off military action against the South without providing clear reasons for the suspension.

"Any acts that could cause military tensions are never desirable under any circumstances," Lee said.

Lee called for a "creative solution" to the stalemated inter-Korean relations, in particular, saying that sanctions should not be pursued for the sake of sanctions but for realizing their ultimate goal of building peace on the Korean Peninsula.

With regard to the working group meeting established in 2018 to coordinate North Korea measures between South Korea and the U.S., Lee said that a line should be drawn to distinguish things that Seoul can do from things that should be discussed under the format, hinting that he could seek cross-border exchanges more actively.

North Korea has lambasted the working group meeting as a hindrance to progress in inter-Korean relations. Some critics here also said it has served as a roadblock in seeking cross-border exchanges and cooperation as it mainly handles whether such projects run counter to global sanctions against the North.

Lee's nomination must go through a parliamentary confirmation hearing, but the procedures are considered largely a formality as the National Assembly can only express its views on the nomination without the power to reject it. 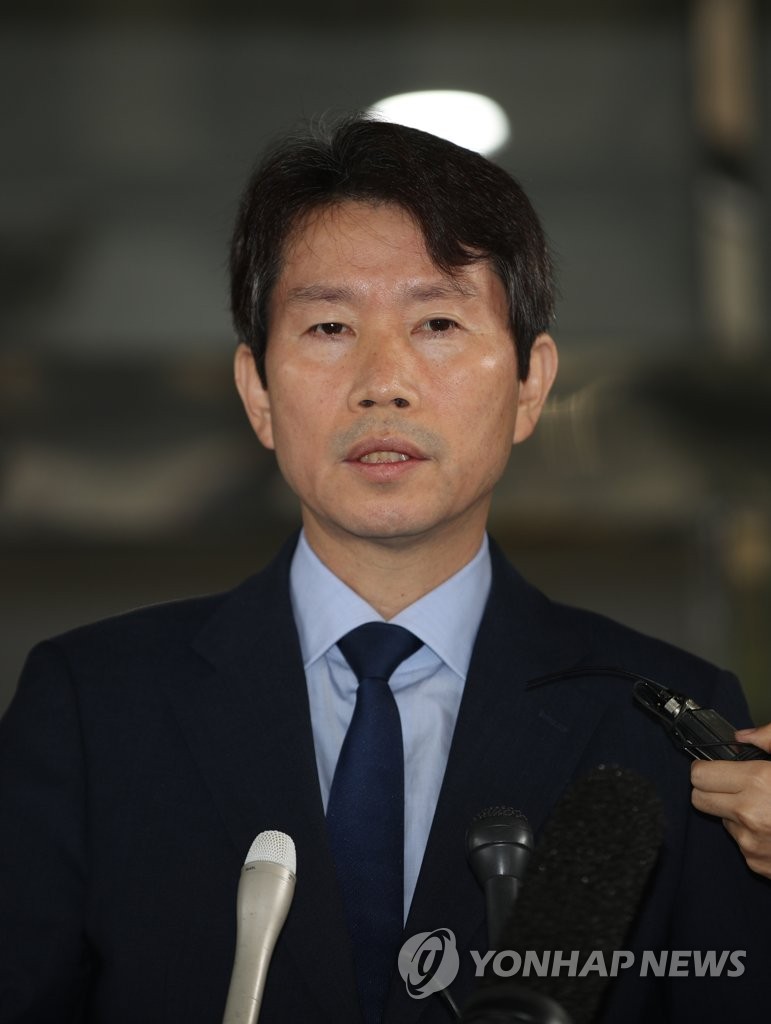