SEOUL, July 6 (Yonhap) -- Amid the COVID-19 pandemic continuing to hamper the global music and entertainment industry-at-large, the K-pop scene has proven time and time again its resilience and nimbleness in audience outreach and commercial viability.

BTS is estimated to have earned nearly US$20 million through its one-off virtual concert, "Bang Bang Con: The Live," in mid-June, drawing a global audience of some 756,000. BLACKPINK has also proven that demand for K-pop's girl power remains high, with its new single "How You Like That" and its music video breaking records on YouTube and securing top spots on international music charts.

With its seventh EP album "Heng:garae," K-pop boy band Seventeen has also set a remarkable industry marker in this day and age of the pandemic -- that it's still possible to move more than 1 million physical albums in the first week of release despite unfavorable market conditions.

The six-track album became the second-largest selling one of 2020 to date, following BTS' "Map of the Soul: 7," which moved 3.4 million copies during its first week. 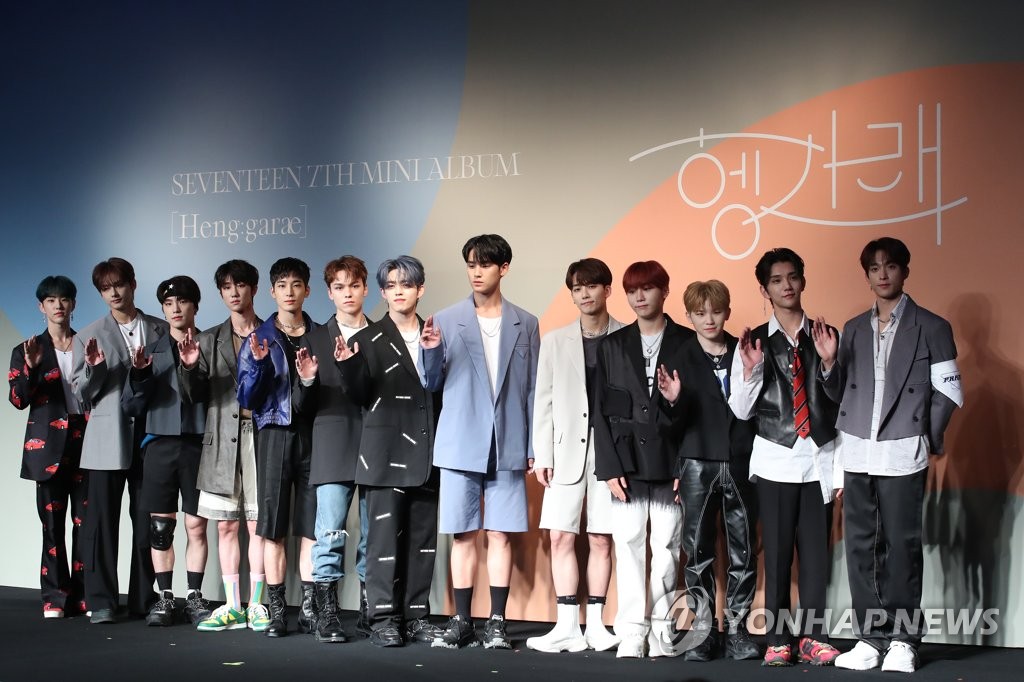 During the first week, "Heng:garae" sold over 500,000 copies in just two days of release.

Achieving the 1-million mark in the first week is a remarkable accomplishment regardless of where the market is located. According to Forbes, the last artist to sell more than 1 million copies of an album in America was Taylor Swift with 2017's "Reputation," which moved 1.2 million copies in its first week.

"Heng:garae" also topped Apple iTunes Album charts in 27 regions and also climbed to the top of Japan's Oricon Weekly Chart, moving some 101,000 copies during the first week in the neighboring country.

Since its 2015 debut, Seventeen has shown strong and steady growth in terms of sales. 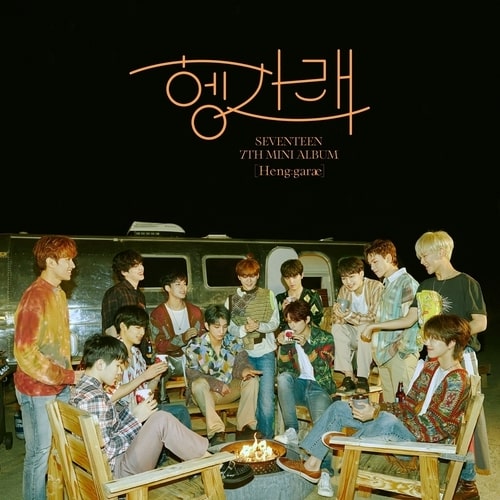 Other songs, mostly bright and inspirational, include "Fearless," "My My" and "Kidult." Concept-wise, "Heng:garae" represents a stark departure from the band's previous album, which explored darker topics and sounds.

Kim Kyo-seok, a pop culture critic in Seoul, assesses that the new coronavirus situation could have actually boosted sales, prompting fans to show support through album purchases amid a lack of opportunities to see them in person.

"Since holding concerts in the midst of the new coronavirus has become difficult, there may have been stronger support toward (Seventeen) from fans in the purchasing of albums," Kim said.

Kim also noted that Seventeen's integration under the Big Hit umbrella may have helped with the album sales as well. "I do think that the affiliation with Big Hit has helped them quite a lot."