SEOUL, July 6 (Yonhap) -- Doosan Infracore Co. is estimated to have suffered weak performances in the second quarter of the year due to the impact of the coronavirus pandemic, a survey showed Monday.

According to the survey on five analysts by Yonhap Informax, the financial news arm of Yonhap News Agency, South Korea's No. 1 construction equipment maker is predicted to have posted 1.85 trillion won (US$1.5 billion) in sales in the April-June period, down 16 percent from a year earlier.

Doosan Infracore is also forecast to have recorded an operating profit of 160 billion won during the same period, down 46 percent from a year ago, with its net profit predicted to have fallen by 58 percent to 73 billion won.

Plagued by decreased sales of excavators in China in the first quarter, Doosan Infracore fared well during the second quarter of the year, selling 3,239 units in April and 2,166 units in May. 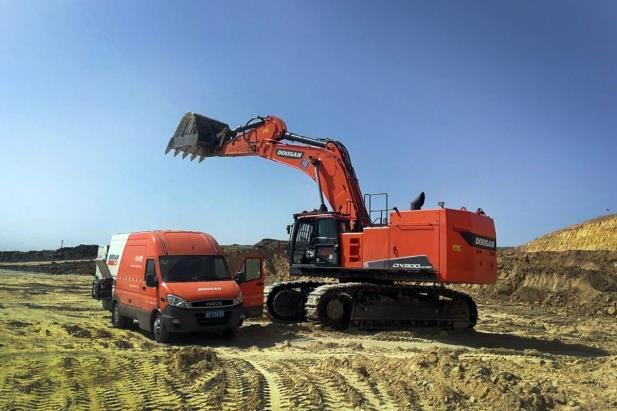 The company's brisk sales of excavators in China would make up for sluggish sales in advanced and emerging markets, but weak performances by its construction equipment affiliate Doosan Bobcat Inc. may erode into Doosan Infracore's bottom line, according to Choe Kwang-sik and Jeong Ji-hoon, analysts at HI Investment Securities Co.

Hit by faltering sales in its main markets, such as the United States and Europe, caused by COVID-19, Doosan Bobcat is estimated to have suffered an on-year fall in its second-quarter sales and operating income, according to the survey by Yonhap Infomax.

While Doosan Babcat will show good performances in the second half of the year on the back of a rebound in the construction markets in the United States and Europe, Doosan Infracore is forecast to undergo difficulties due to a weak run in other key markets, such as Brazil and India, the analysts said.

Doosan Infracore has been put up for sale by cash-strapped Doosan Group to ease its 3.6 trillion won of debts extended by state-run banks, including the Korea Development Bank (KDB).