SEOUL, July 6 (Yonhap) -- South Korea plans to send 60,000 face masks to two U.N.-led peacekeeping missions in South Sudan and the Democratic Republic of the Congo to help them cope with the coronavirus pandemic, officials said Monday.

The government unveiled the plan during a launching ceremony of the preparatory team for Seoul's hosting of the 2021 U.N. Peacekeeping Ministerial Conference slated for April 8-9. Foreign Minister Kang Kyung-wha and Defense Minister Jeong Kyeong-doo attended the event.

South Korea's Hanbit Unit is among more than 16,000 personnel from 72 countries dispatched to the African nation on various peacekeeping missions, such as assisting reconstruction work in the war-torn nation. More than 15,000 peacekeeping forces from 57 countries are currently stationed in the Democratic Republic of Congo.

"The year 2021 will mark the 30th anniversary of South Korea's joining of the United Nations. I ask for everyone involved to make every effort for the upcoming conference so as to produce the best outcome for promotion of global peace and security," Kang said.

Jeong highlighted that the conference should serve as "an occasion in which the international community understands more about South Korea's efforts toward peace on the Korean Peninsula and gives us further support."

South Korea plans to invite some 1,300 people from about 150 countries to the ministerial conference next year to discuss ways to strengthen technological and medical capabilities to enhance U.N. peace operations.

The U.N. peacekeeping ministerial gathering was previously held in Britain in September 2016, Canada in November 2017 and New York in March last year. 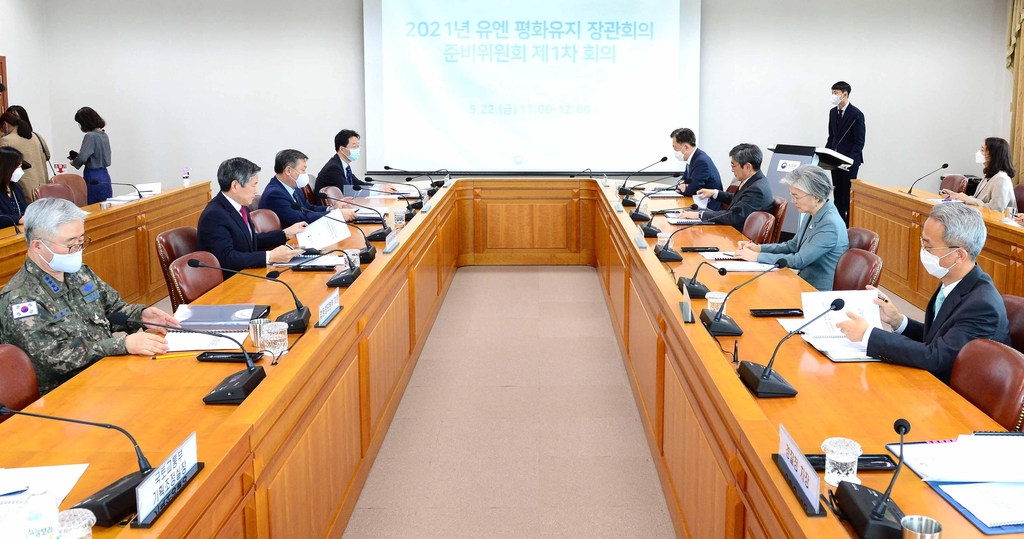