SEOUL, July 6 (Yonhap) -- President Moon Jae-in pressed the National Assembly on Monday to help the government's efforts to stabilize the property market and establish a special unit to investigate corruption among senior civil servants, as lawmakers opened a temporary parliamentary session earlier in the day.

"The foremost undertaking for now to help people is real estate measures," the president stressed. 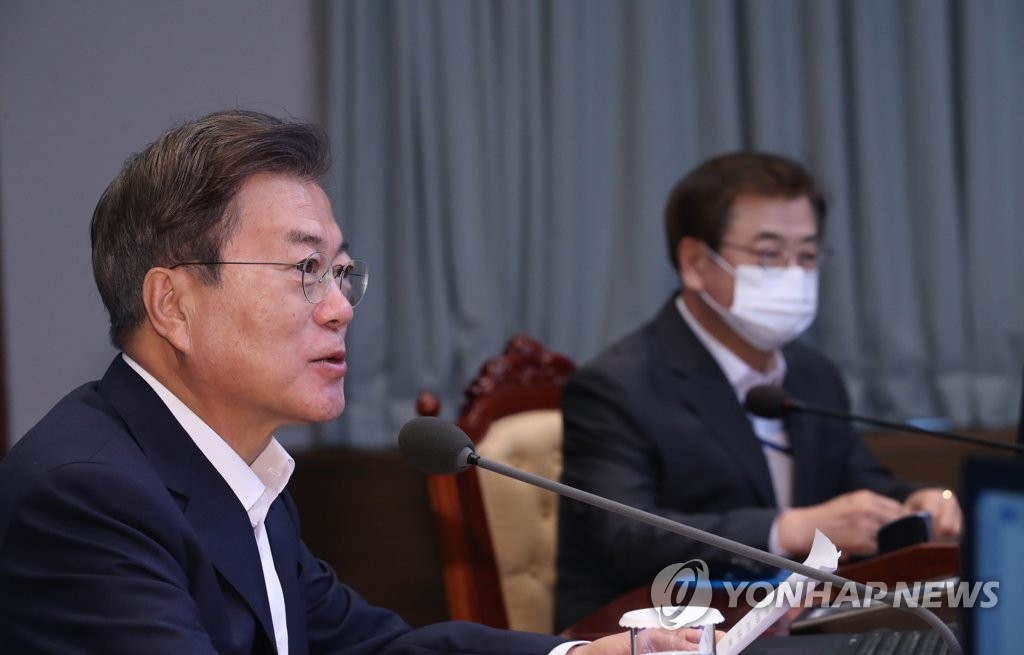 Moon also pointed out that there are many things for lawmakers to decide for the launch of the non-prosecution unit specializing in corruption probes of high-ranking public officials, including top prosecutors. A legislation on the politically controversial initiative calls for the launch of the agency within this month.