SEOUL, July 6 (Yonhap) -- South Korea's capital city and its surrounding areas saw the net inflow of residents more than double in March and April from a year earlier as the novel coronavirus pandemic hit job markets in local areas, a report showed Monday.

A net 27,500 people moved into Seoul, Incheon and Gyeonggi Province in the two-month period, soaring from 12,800 tallied over the same period last year, according to the report by the Korea Employment Information Service.

For the January-February period, before the first wave of the COVID-19 outbreak, the capital area's net population inflow rose slightly to 28,200 from the previous year's 27,500.

The report said that usually the net population inflow of the greater Seoul area jumps in January and February before the new semester starts in March and loses ground sharply in the next two months.

But in 2020, the influx continued to the spring season because of the tightened job market in provincial regions stemming from the novel coronavirus pandemic.

Separate government data showed that South Korea reported the steepest drop in its April employment since 1999 in the aftermath of the Asian financial crisis.

The country experienced the peak stage of the COVID-19 infection at the end of February, which lasted for about a month. Its total infections reached 13,137 on Monday.

"It is a consequence of COVID-19," the report said. "A growing number of jobseekers moved to greater Seoul, which has relatively better employment conditions amid an economic recession."

As a result, young people made up the bulk of the population inflow to the capital area in March and April, with those in their 20s accounting for 75.5 percent of the total. 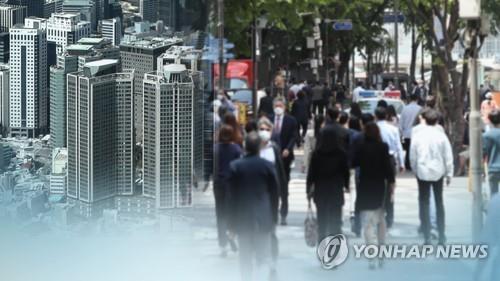