SEOUL/WASHINGTON, July 6 (Yonhap) -- The U.S. envoy for North Korea is set to arrive in Seoul on Tuesday for talks with his counterparts amid stalled nuclear talks with North Korea.

U.S. Deputy Secretary of State Stephen Biegun, who doubles as the point man for North Korea, plans to make a three-day visit to South Korea, according to Seoul's Ministry of Foreign Affairs. 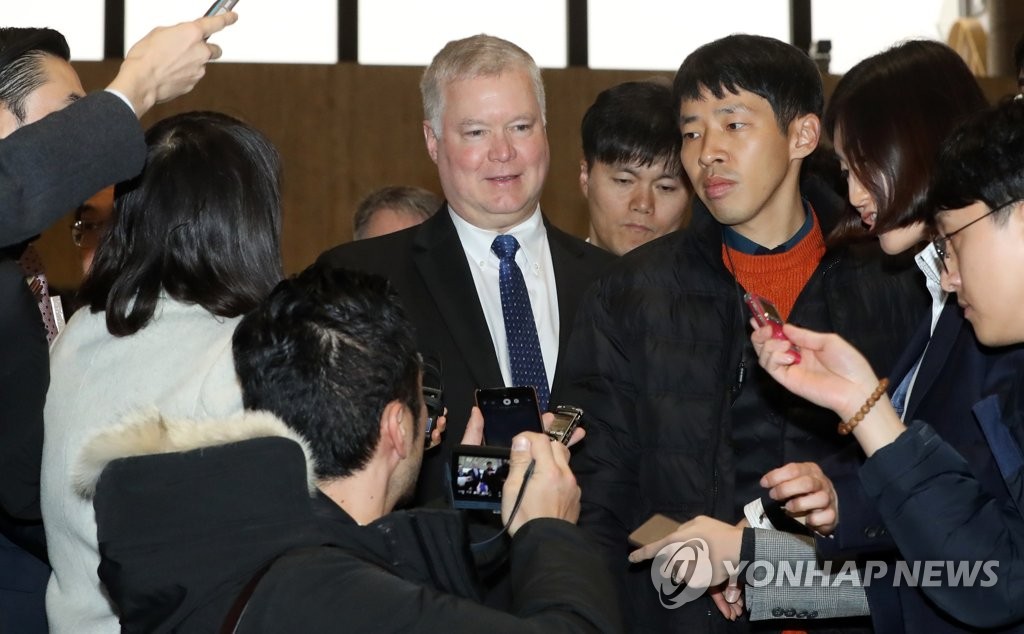 Nuclear talks between Washington and Pyongyang have stalled since a February 2019 summit between U.S. President Donald Trump and North Korean leader Kim Jong-un ended without a deal due to differences over the scope of North Korea's denuclearization and sanctions relief from the U.S.

Biegun said last week that he believes there is still time to make "substantial progress."

Trump and Kim met three times between June 2018 and June 2019. At their first summit in Singapore, they produced an agreement committing the North to work toward complete denuclearization of the Korean Peninsula in exchange for U.S. security guarantees.

On the possibility of a fourth meeting between Trump and Kim, Biegun said it is unlikely to happen before the U.S. presidential election in November, citing COVID-19 as a reason.

Talk of a new summit gained traction after President Moon Jae-in said last week that he would work to facilitate one before the election.

North Korean First Vice Foreign Minister Choe Son-hui scoffed at the idea on Saturday, saying in a statement that Pyongyang feels no need to sit down for talks with the U.S.

Biegun is making his first trip to Seoul since December.

According to Seoul's foreign ministry, he and Cho will hold the eighth round of South Korea-U.S. vice foreign ministerial strategic talks.

The men plan to discuss ways to deepen and develop the bilateral alliance, as well as regional and global issues, the ministry said.

The two have been in close communication by phone, including in 10 rounds of talks with five other nations over their joint response to COVID-19, it added.

Meanwhile, in talks between Lee and Biegun, the two sides plan to share their assessments of the current political situation on the Korean Peninsula, seek ways to stabilize it, and hold in-depth discussions on how to work together to make tangible progress on achieving complete denuclearization and permanent peace on the Korean Peninsula, the ministry said.
(END)