SEOUL, July 6 (Yonhap) -- A triathlon coach and an athlete at the center of an abuse scandal that led to the suicide of a young player was banned for life Tuesday by the sport's national body. Another athlete involved in the case was banned for 10 years.

The Korea Triathlon Federation's disciplinary committee meted out the heavy punishments on the three people accused of physical and verbal abuse by Choi Suk-hyeon, who died of suicide in the southeastern city of Busan on June 26.

Choi, 22, a junior bronze medalist at the 2015 Triathlon Asian Championships, had filed petitions with the federation and the Korean Sport & Olympic Committee, seeking punishments for head coach Kim Gyu-bong, a team therapist and two triathletes at the semi-pro club at Gyeongju City Hall in Gyeongju, 370 kilometers south of Seoul.

In her last text message, sent to her mother, the young athlete asked her to "expose crimes of those people," in an apparent reference to her alleged abusers.

Earlier in the day, Kim and the athletes were called to testify at an emergency meeting by the National Assembly's subcommittee on sports. During the testimony, they flatly denied he had ever abused Choi.

The coach instead tried to pass the buck to the team therapist named Ahn Joo-hyeon.

Ahn is believed to have initiated most of the physical abuse, but he wasn't on the payroll with Gyeongju City Hall and was only brought in to work during training camps on a temporary basis. Gyeongju and national sports officials have had difficulty locating Ahn, who's reportedly being treated for cancer.

However, Choi's former teammates held a separate press conference at the National Assembly, where they supported allegations made earlier by Choi, saying that physical and verbal harassment was rampant on their semi-pro club. 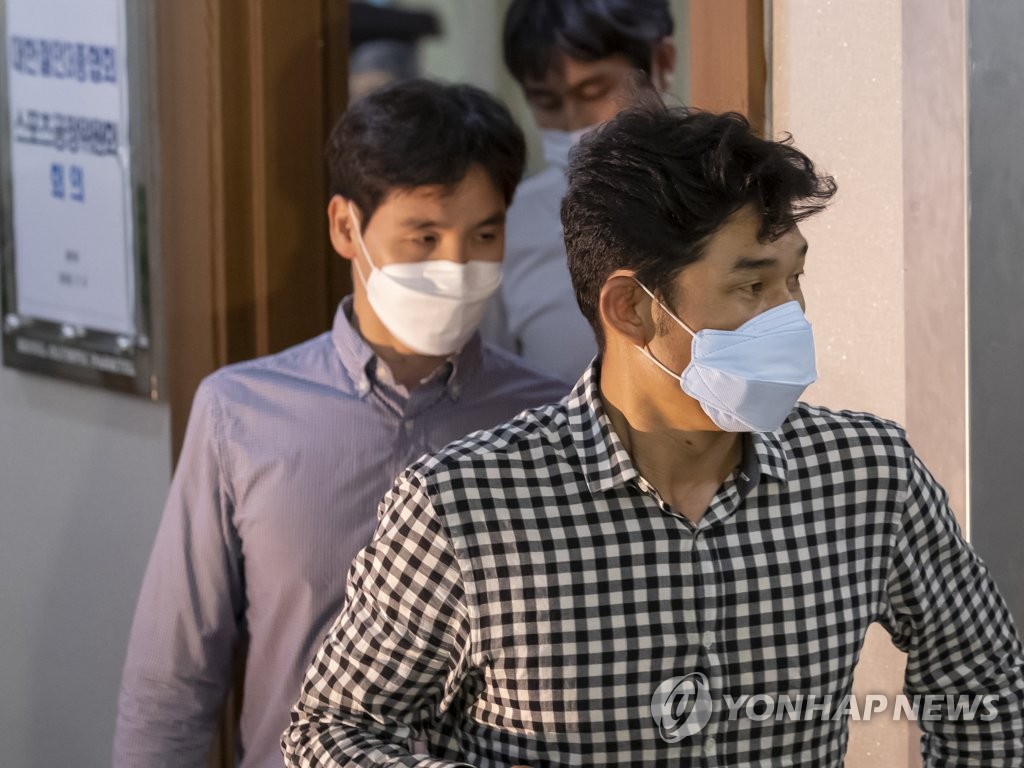