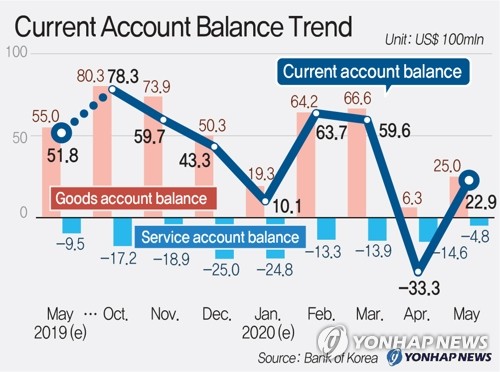 "The drop in the goods account surplus is largely attributed to a fall in the export volume and prices amid a slump in global trade caused by the global spread of COVID-19," said Moon So-sang, head of the BOK's monetary and financial statistics division.

The BOK official said it was difficult to predict future conditions when asked if the country may again post a current account surplus for June, only noting "things appear to be positive."

"Considering that exports to China, on customs-clearance basis, increased in June and that its trade surplus widened, things appear to be rather positive," said Moon.

Seoul earlier said the country's exports dipped 10.9 percent on-year in June, marking a fourth consecutive month of drop, but that its trade balance came to a surplus of $3.67 billion, marking a turnaround from a $440 million trade deficit in May that marked the first of its kind in 89 months.

In May, South Korea's service account balance slightly improved, posting a $480 million deficit, narrowing from a deficit of $950 million in May 2019, according to the BOK. 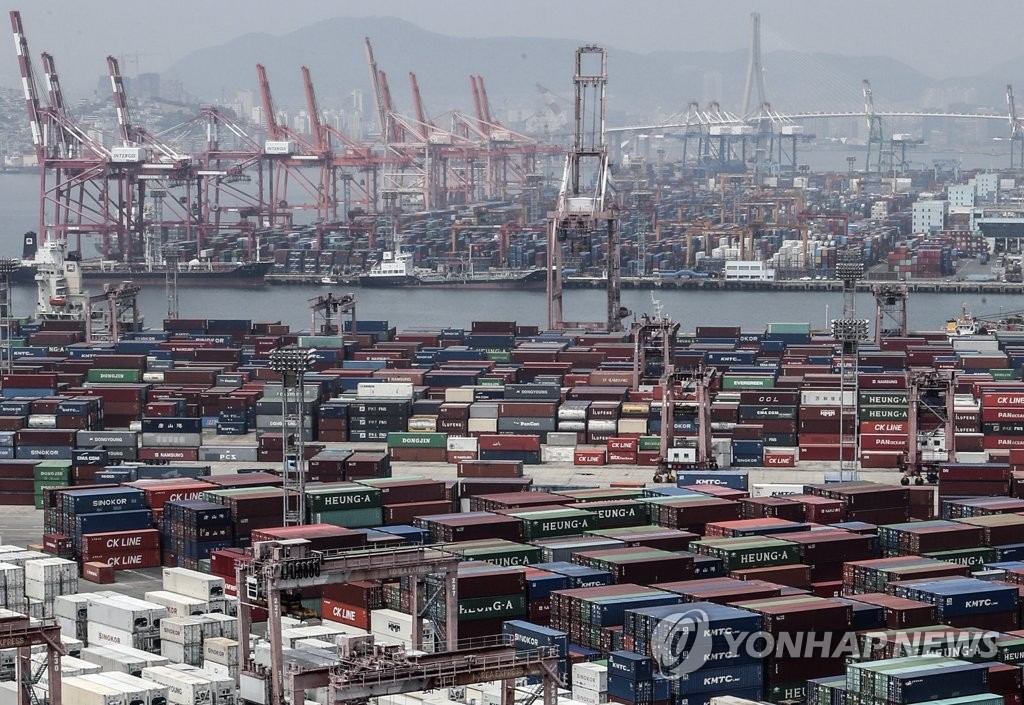 In the first five months of the year, the country's current account balance came to a surplus of $12.29 billion, down from $16.97 billion over the same period last year, according to the BOK.

Its primary income account balance came to a $2.15 billion surplus in the January-May period, marking a turnaround from a $1.37 billion deficit over the same period last year.