SEOUL, July 7 (Yonhap) -- Daegu FC's Brazilian striker Cesinha has been voted the top player for the month of June in South Korean football.

The Korea Professional Football League (K League) announced Tuesday that Cesinha beat out three other candidates for the Player of the Month honor. This is Cesinha's second monthly award, adding it to the one from March 2019.

Since the award was created in the 2019 season, Ceshina is only the second player to win it twice. Junior Negrao of Ulsan Hyundai FC, who was voted the top player for May this year, is the first. 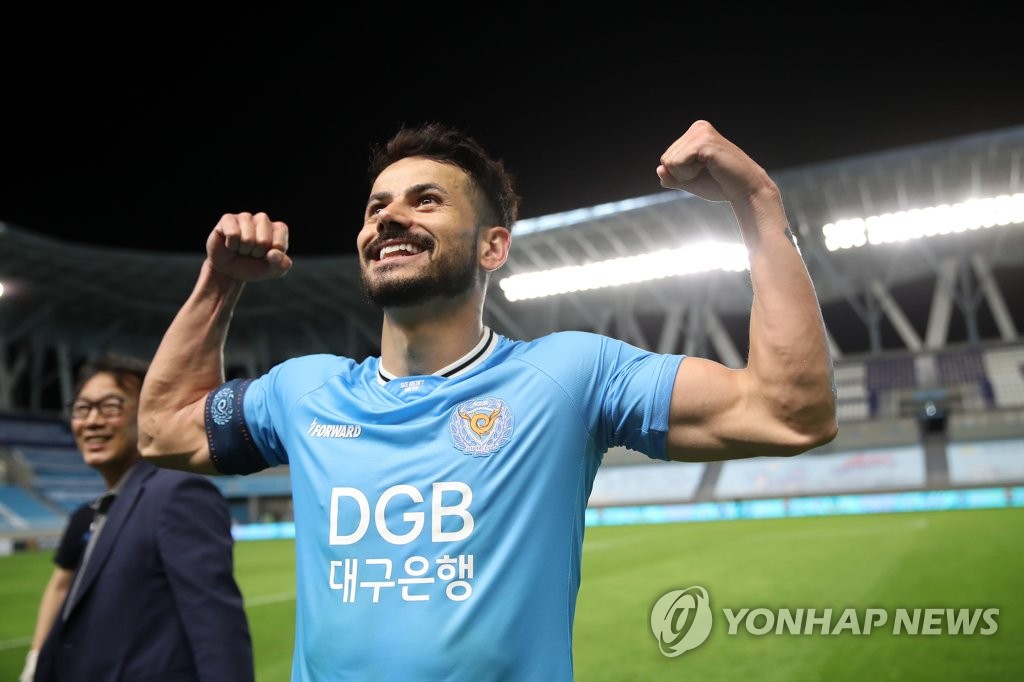 Cesinha netted five goals and set up three others in five matches in June, helping Daegu go undefeated for the month with four wins and one draw.

Cesinha will receive a trophy built by Electronic Arts Korea, the official video game partner of the K League, and also will wear a patch signifying his Player of the Month award on his uniform for the remainder of the season. 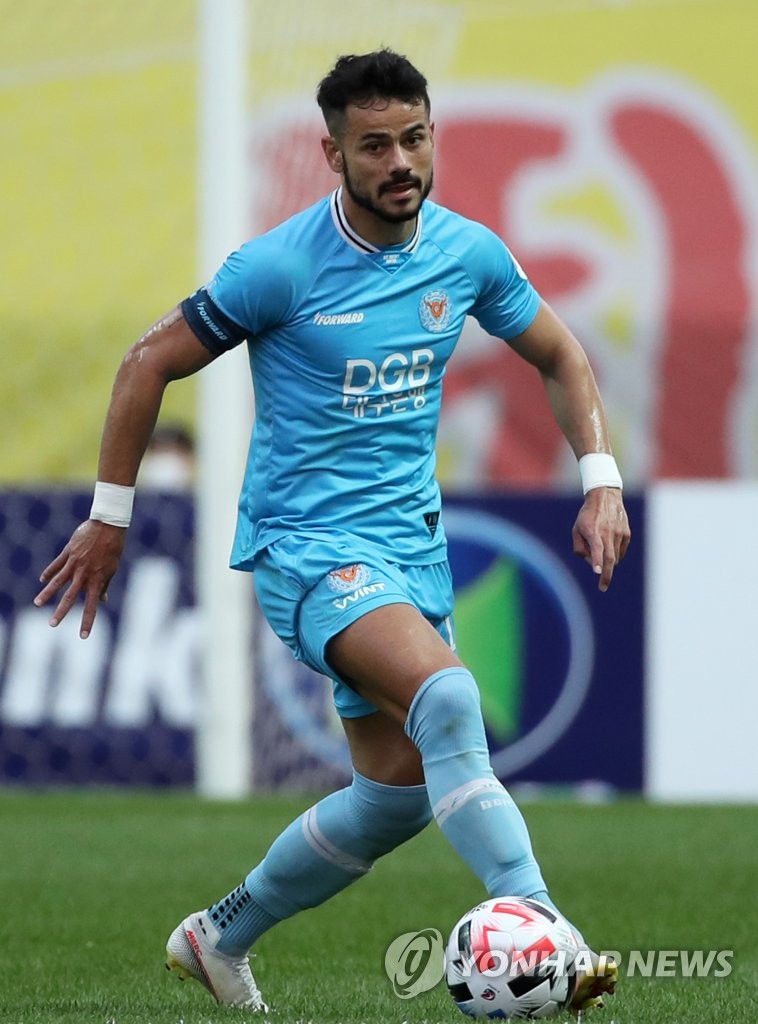