SEOUL, July 7 (Yonhap) -- Global new orders of ships fell to a historic low in the first half of the year amid the coronavirus pandemic, industry sources said Tuesday.

The tally marks the lowest since 1996, when the market tracker began to compile related data, and a 42 percent drop from the previous year, the data showed. 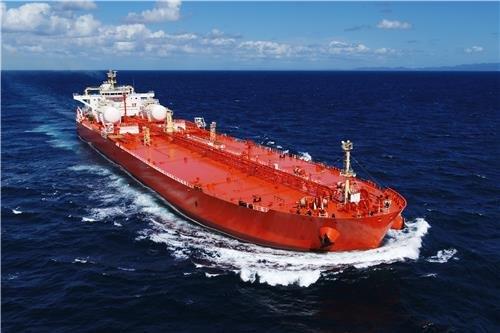 In June, global new shipbuilding orders came to 820,000 CGTs, or 30 ships, up 26 percent from the previous month but down 51 percent from a year earlier.

Chinese shipyards bagged orders totaling 460,000 CGTs, or 16 ships, followed by South Korean shipbuilders with 250,000 CGTs, or 4 vessels, according to the data.

However, global shipbuilding orders may improve slightly as liquefied natural gas (LNG) carriers were to be ordered from Russia and Mozambique, industry sources said.