SEOUL, July 7 (Yonhap) -- South Korea accounted for the biggest share of imports to China in 2019, but its slice has been shrinking in recent years due to intensifying competition with other Asian players, a think tank said Tuesday.

While South Korea accounted for 8.42 percent, the largest share, of China's overall imports in 2019, the portion marked a slight drop from 9.65 percent posted a year earlier, according to the Korea Institute for International Economic Policy (KIEP).

Instead, Association of Southeast Asian Nations (ASEAN) members expanded their presence by 1.15 percentage points over the period to 13.29 percent, while the European Union expanded its shares by 0.52 percentage point to 13.41 percent, the data showed.

Due to China's intensifying trade row with the United States, Australia, Russia, and Brazil also managed to penetrate deeper into the Chinese market.

South Korea's exports to China, its top trading partner, plunged 16 percent on-year in 2019 in the face of the intensifying Sino-American trade war, which escalated throughout this year due to the COVID-19 pandemic. 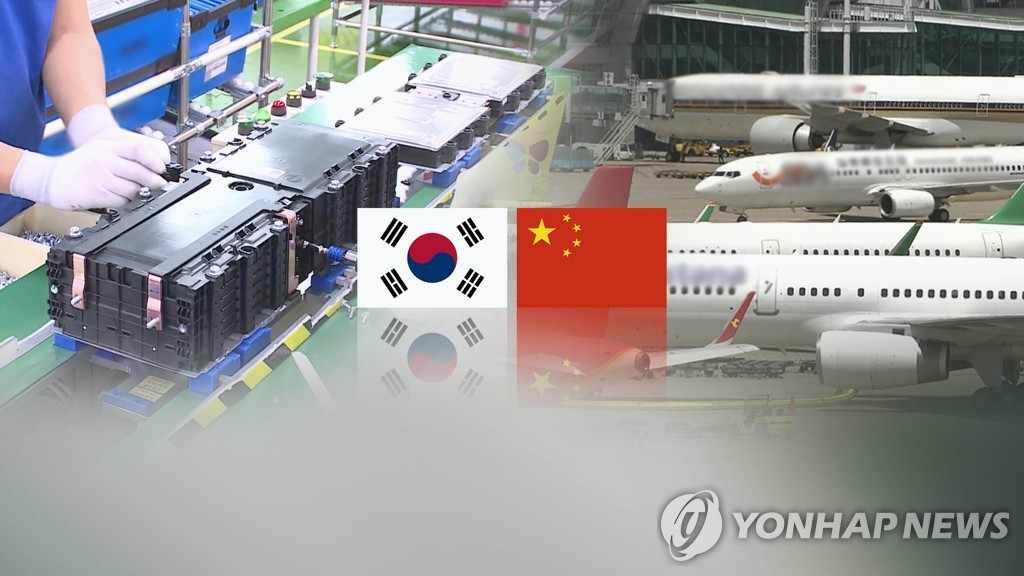 Over the January-May period of 2020, outbound shipments to China slid 9.4 percent on-year as the pandemic hurt supply chains around the globe, while production lines were forced to shut down.

Exports, however, managed to rebound by 9.5 percent in June from a year earlier as the world's No. 2 economy resumed its business activities.

The KIEP said South Korea nevertheless has been losing ground in the Chinese market as Asia's No. 4 economy depended heavily on a select number of products, including memory chips.

Chips were responsible for a whopping 60 percent of the on-year losses from exports to China recorded in 2019, according to the institution.

"In the ICT segment, South Korea has been facing tougher competition with Taiwan in China," the KIEP said in a report. "In terms of biotechnology, life science, and aerospace industries, the EU overwhelmed other rivals, with the U.S. also being much more competitive."

Thus, the think tank advised South Korea to foster its competitiveness in new growth engines, while better utilizing the Seoul-Beijing free trade agreement (FTA) that went into effect in 2015.

ASEAN members and their dialogue partners -- South Korea, China, Japan, Australia and New Zealand -- effectively reached an agreement on the RCEP last November, with the goal of signing the pact within this year.