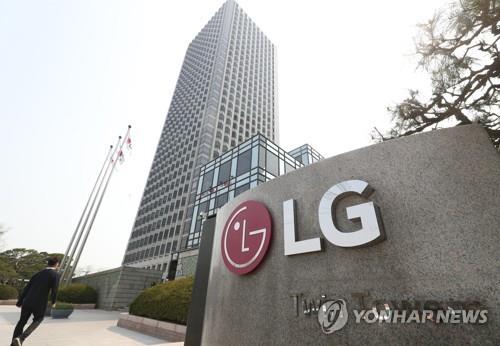 All of LG's business divisions were expected to suffer a drop in their second-quarter earnings as the pandemic swept across advanced markets like North America and Europe and led to shutdowns at its manufacturing plants, analysts here said.

LG's home appliance business, however, was projected to post a relatively sound performance compared with other home appliance makers due to solid demand on the home turf.

"The domestic market is estimated to make up 36 percent of its total revenue from its home appliance business," said Ko Jung-woo, an analyst at NH Investment & Securities. "It could make up some of the losses from overseas."

Analysts also expected a setback in LG's TV shipment in the second quarter, but its shipment decline may not be sharper than expected as major economies have started to lift their coronavirus lockdowns.

LG's mobile and vehicle component solution businesses were estimated to stay in the red.

Analysts said LG's mobile business is likely to post an operating loss for 21 consecutive quarters, although it may have narrowed its loss on reduced fixed costs. 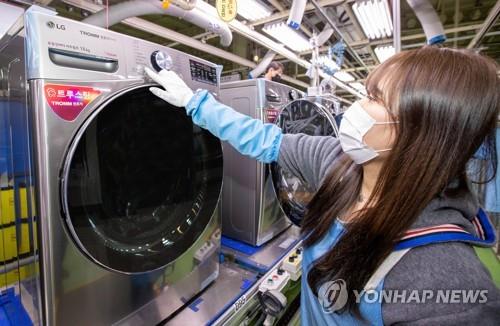 LG, however, was forecast to make a rebound in the second half as demand for home appliance and TV products is likely to increase as major economies introduced stimulus measures to boost consumer spending.

"Sales of its premium home appliance products, such as dryers and dishwashers, are to see solid growth," said Park Kang-ho, an analyst at Daishin Securities. "Its TV business is estimated to improve its profitability, while its vehicle solution unit is expected to reduce its operating loss."

Shares in LG Electronics plunged 3.82 percent to close at 65,500 won on the Seoul bourse, underperforming the broader KOSPI's 1.09 percent drop. The earnings guidance was released before the stock market closed.