The Korean National Police Agency said it considered and approved a revised bill on the police mascots of Podori and Posuni in a meeting Monday, to make some changes to their looks, 21 years after their creation.

Under the revision, Posuni will now wear pants instead of a skirt, no longer have eyelashes and tuck her hair behind her ears.

"There have been opinions that Posuni's appearance could deepen the gender stereotype and create sexual bias," police said of the background for the changes.

Also it will unify the eyebrows of Podori, representing policemen, which in some cases are too thick.

The mascots were created in 1999 by the country's popular cartoonist Lee Hyun-se, who has been given honorary policeman status for the creation.

"Posuni's ears become visible (in the revision) to symbolize police's willingness to hear the public's voice and stay on alert for public safety and prevent crimes," the police said. 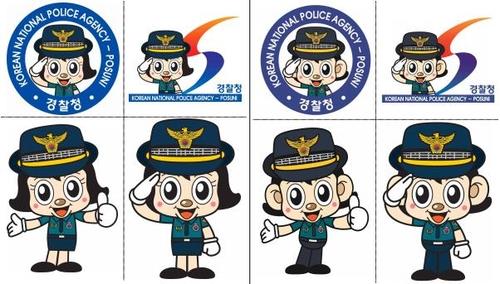