SEOUL, July 7 (Yonhap) -- BLACKPINK landed at No. 33 on Billboard's Hot 100 chart with its latest single "How You Like That," according to the American music trade publication Tuesday, setting a new record for K-pop girl groups.

Billboard's official Twitter account announced that "How You Like That" will debut at No. 33 on this week's Hot 100 chart, and at No. 1 on Billboard's World Digital Song Sales chart.

BLACKPINK beat its previous record as the highest-charting K-pop girl group with "Kill This Love," which reached 41st on the Hot 100 chart in April of last year.

"Sour Candy" by Lady Gaga, produced in collaboration with BLACKPINK, climbed to No. 33 on the Hot 100 chart last month.

Released on June 26 as the first of two pre-release singles from the group's inaugural studio album scheduled to come out in September, "How You Like That" ranked second on Spotify's Global Top 50 singles chart upon release.

The track also soared to the No. 1 spot on Apple ITunes singles charts in 60 countries and territories after being released.

One of the biggest K-pop girl groups today, BLACKPINK of YG Entertainment landed a successful debut in 2016, storming multiple music charts back to back with its edgy hip-hop tracks, "Whistle" and "Boombayah." Other hits include "Playing With Fire" and "Kill This Love." 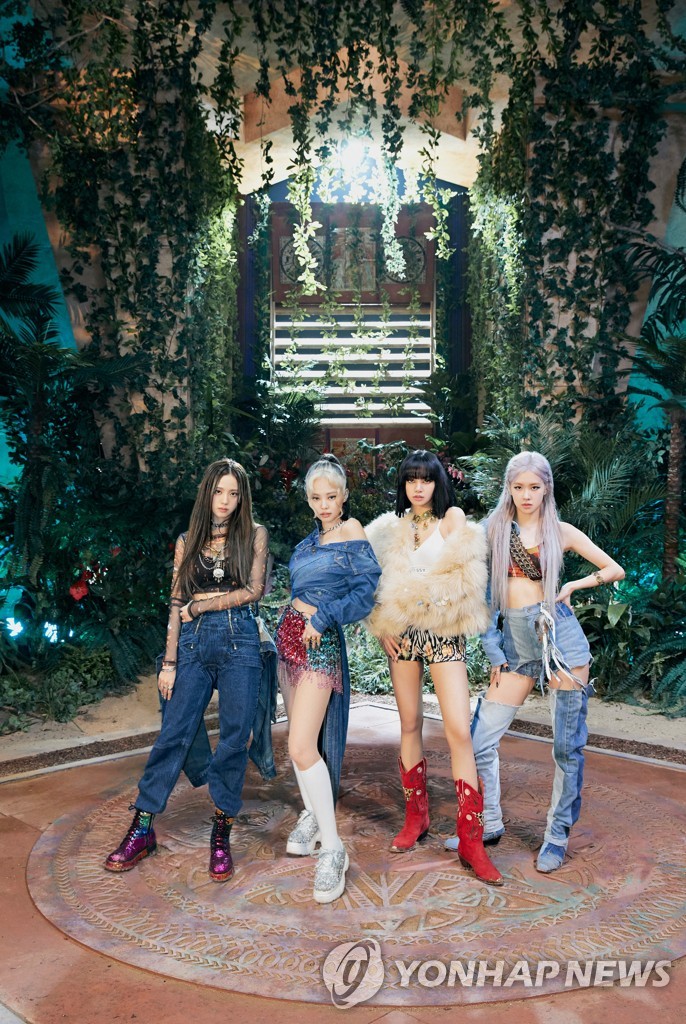 BLACKPINK's new song debuts at No. 33 on Billboard's Hot 100 chart

BLACKPINK's new song debuts at No. 33 on Billboard's Hot 100 chart