The country's ultrafine dust emissions totaled 91,731 tons in 2017, down by 8,516 tons from the previous year, according to the National Center for Fine Dust Information affiliated with the environment ministry.

The on-year decline was attributed to a fall in coal briquette usage by manufacturers, the replacement of old cars and tightened measures on emissions at power plants.

By source, emissions by manufacturers accounted for 31.1 percent of the total, followed by fugitive dust at roads and construction sites at 19.3 percent and emissions from ships, planes, railways and farm machinery at 16.4 percent.

The center plans to release detailed information on the 2017 air pollutant emission results at its website (airemiss.nier.go.kr) this month.

The data for 2017 was confirmed by a national panel on air pollutant emissions, which was established in May this year to better monitor the country's air pollutants. 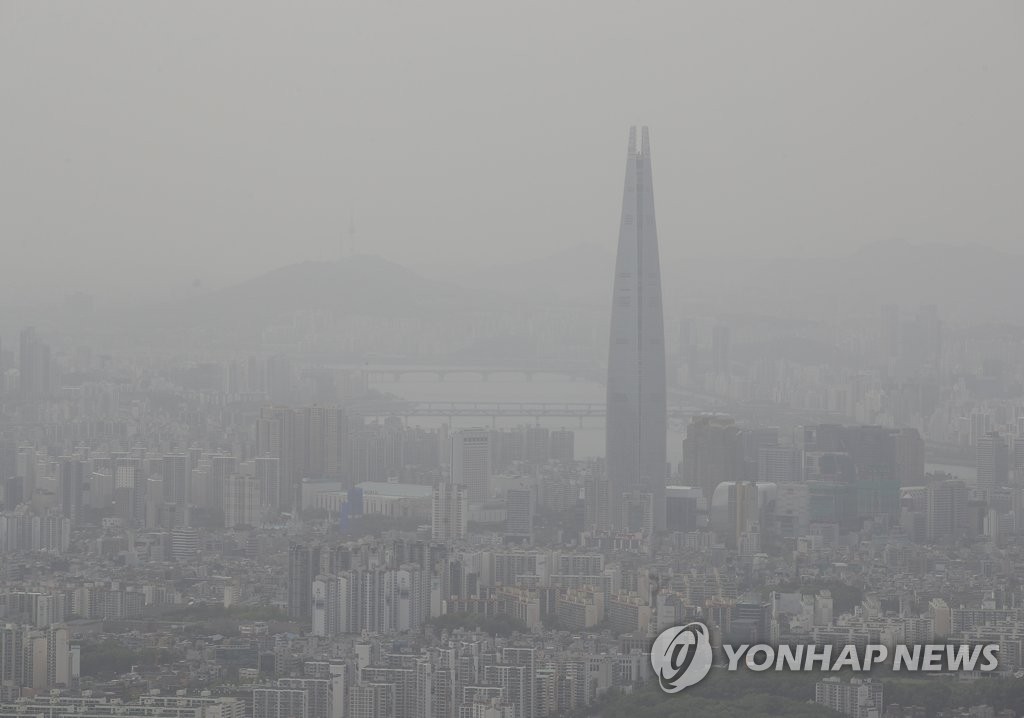