The estimate of combined overseas exports of some 2,500 firms in 11 culture and entertainment sectors last year reached $10.4 billion, up 8.1 percent from 2018, according to the annual content industry statistics produced jointly by the culture ministry and its affiliated Korea Creative Content Agency.

By volume, the gaming sector was the largest cultural exporter with $6.98 billion, and on-year growth of 8.9 percent, followed by that of character IPs, which climbed 10.7 percent to $824.9 million.

Shipments of music goods reached $640 million, up 13.4 percent, apparently from increased demand from North America and other parts of the world for K-pop idol music. Exports of knowledge information products climbed 4.2 percent to $660.4 million.

Exports in the sectors of publishing, film and advertising, however, saw decreases of 13.8 percent, 9.0 percent and 7.5 percent, respectively.

The report also said the combined sales figure for the overall cultural industry grew 4.9 percent on-year to 125.4 trillion won, higher than the 3.8 percent pan-industrial average during the past five years. 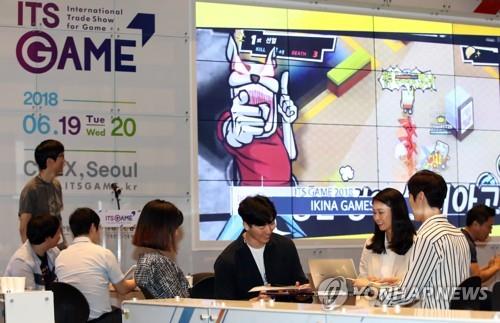