SEOUL, July 7 (Yonhap) -- Few in South Korean baseball this year compete with the kind of urgency and even desperation that Chae Ji-seon does for the Doosan Bears.

The right-handed reliever, a 2015 draft pick, toiled in the minor league for years before finally making his Korea Baseball Organization (KBO) debut this year, well after some from his draft class had already established themselves.

It came on Opening Day on May 5, no less, and Chae gave up a run on a hit and a walk in 1/3 of an inning. He was demoted to the minors the next day and didn't come back until June. 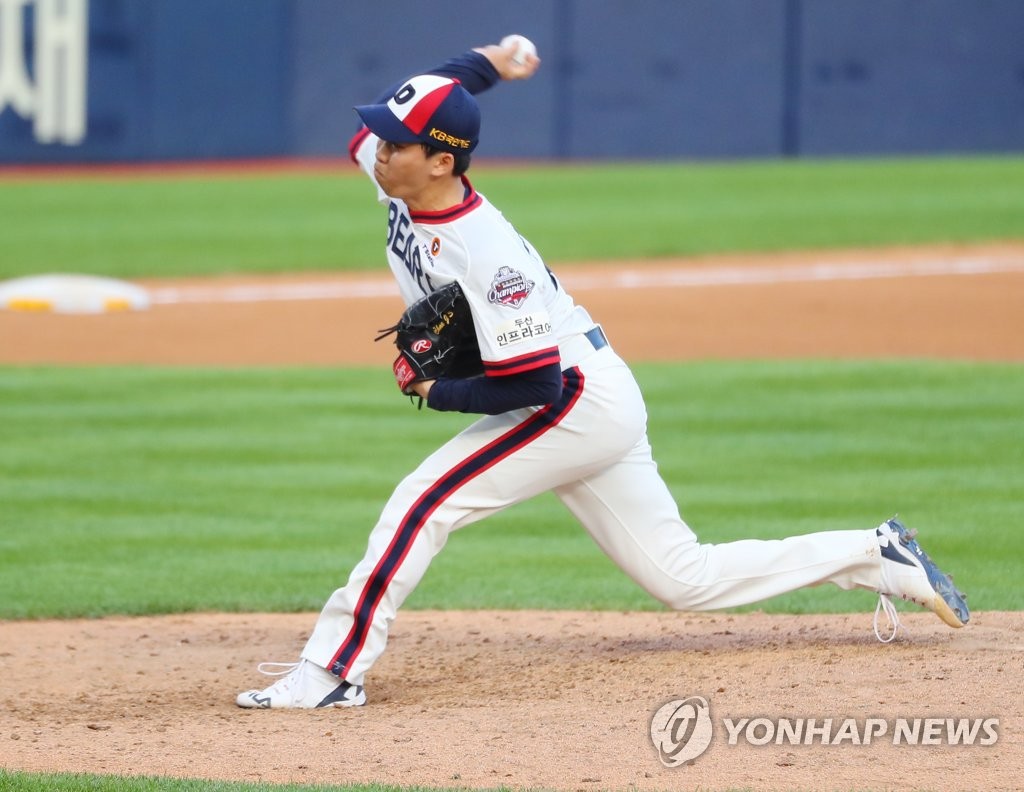 Since pitching a scoreless inning in relief on June 9, Chae hasn't been back to the minors. He thinks the next trip to the minors could be his last.

"I am pitching with the mindset that if I struggle here, I'll never be back again," Chae said Tuesday in his pregame media availability at Jamsil Baseball Stadium in Seoul. The Bears were to host the LG Twins later.

"I am that desperate, but I've never lacked confidence in myself," the 24-year-old added. "The difference is that I used to feel a lot more relaxed in the minors, but every day is a battle up here. There's just so much more pressure."

Chae has been able to handle that pressure since his June call-up to emerge as a key piece in the Bears' much-maligned bullpen, which entered Tuesday's game ranked seventh among 10 KBO clubs with a 5.75 ERA.

His bread-and-butter has been the changeup. And to think: Chae began throwing that pitch by accident in high school.

In 2014, then a high school senior, Chae was toying with the changeup in the bullpen. He liked how it came out of his hand, and he decided to use it in a game for the first time that same day. He ended up throwing a no-hitter.

As a pro, Chae has had to keep polishing up that pitch. On Opening Day this year, Chae threw two wild pitches with the changeup, and he said he has been consciously trying to throw it higher in the zone. 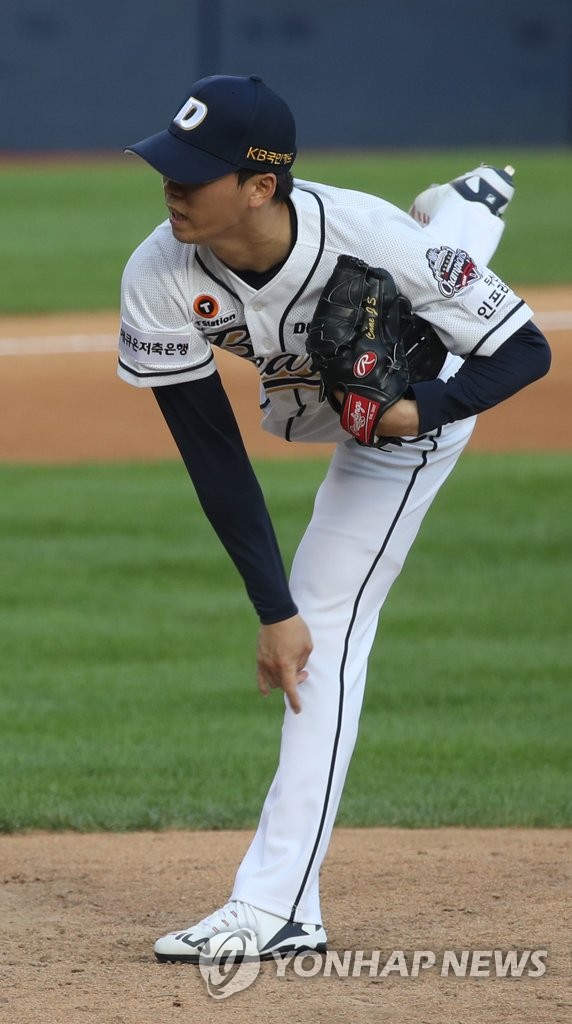 "I didn't use to think my changeup was any good, but my coaches and teammates have told me they were impressed with it," Chae said. "I think I've been throwing it better this year because of their compliments."

Before Chae met with the press, Doosan manager Kim Tae-hyoung talked about how the right-hander appears to be pitching with more confidence.

"His velocity is up, and that tells me he's pitching with more conviction," Kim said. "And he looks the part, too. He's been great for us in the setup role."

When informed of these comments, Chae smiled and said he and the manager had never talked about his importance in the bullpen.

"I think he's trying not to put too much pressure on me," Chae said. "So I am trying to do the best I can, no matter what the situation is."