SEOUL, July 7 (Yonhap) -- Korean Air Lines Co., the country's biggest carrier, said Tuesday it will sell its in-flight catering and duty-free business to a private equity fund amid the growing impact of the coronavirus on the airline industry.

Korean Air's board of directors signed a memorandum of understanding with Hahn & Company to give the home-grown equity fund exclusive negotiation rights in the deal, the company said in a statement.

The two sides will later discuss details regarding follow-up steps, such as due diligence, it said. Korean Air reportedly plans to sell the unit for about 1 trillion won (US$836 million).

The move is in line with the deal the national flag carrier signed in April with the Korea Development Bank (KDB) and the Export-Import Bank of Korea (Eximbank) to receive 1.2 trillion won in fresh liquidity from the creditor banks.

The deal includes a clause requiring Korean Air to secure 2 trillion won in self-help measures. The airline is pushing to raise 1.1 trillion won through a rights offering by the end of July.

Korean Air's idle property in Songhyeong-dong, central Seoul, and non-core assets, such as Paradise Hotel on Jeju Island and Wangsan Leisure Development Co., a leisure company that operates the Wangsan Marina resort in Incheon, 40 kilometers west of Seoul, have been up for sale.

Credit Suisse has provided consulting services on the airline's reorganization of its business units since May.

Its net losses widened to 736.86 billion won in the January-March quarter from a loss of 116.95 billion won a year earlier due to suspended flights and the won's weakness that increased the value of foreign debt.

Korean Air had 70 percent of its 20,000-strong workforce take paid leave for six months starting April 16 as it strives to overcome the prolonged crisis caused by the COVID-19 pandemic.

Looking ahead, Korean Air expects the business environment to worsen in the second quarter if the COVID-19 pandemic prolongs. 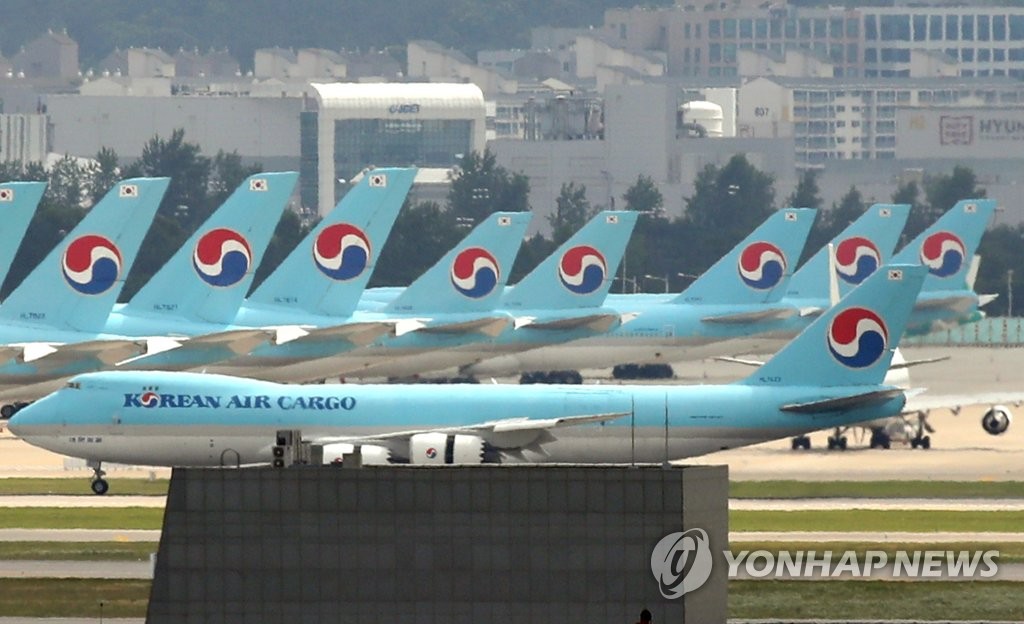