SEOUL, July 7 (Yonhap) -- Two South Korean men who were once prisoners of war (POWs) taken to North Korea during the 1950-53 Korean War on Tuesday won a landmark damage suit filed against North Korea and its leader Kim Jong-un for the forced labor they endured while in captivity there.

The Seoul Central District Court ordered North Korea and its leader to pay 21 million won (US$17,550) each to the two former POWs, known by their surnames Han and Roh.

The two filed the suit in October 2016, claiming they had suffered enormous mental and physical damage from forced labor during about 33 months of captivity in the North in the 1950s.

It is the first time that a South Korean court has acknowledged its jurisdiction over North Korea and its people and issued a compensation order against them. 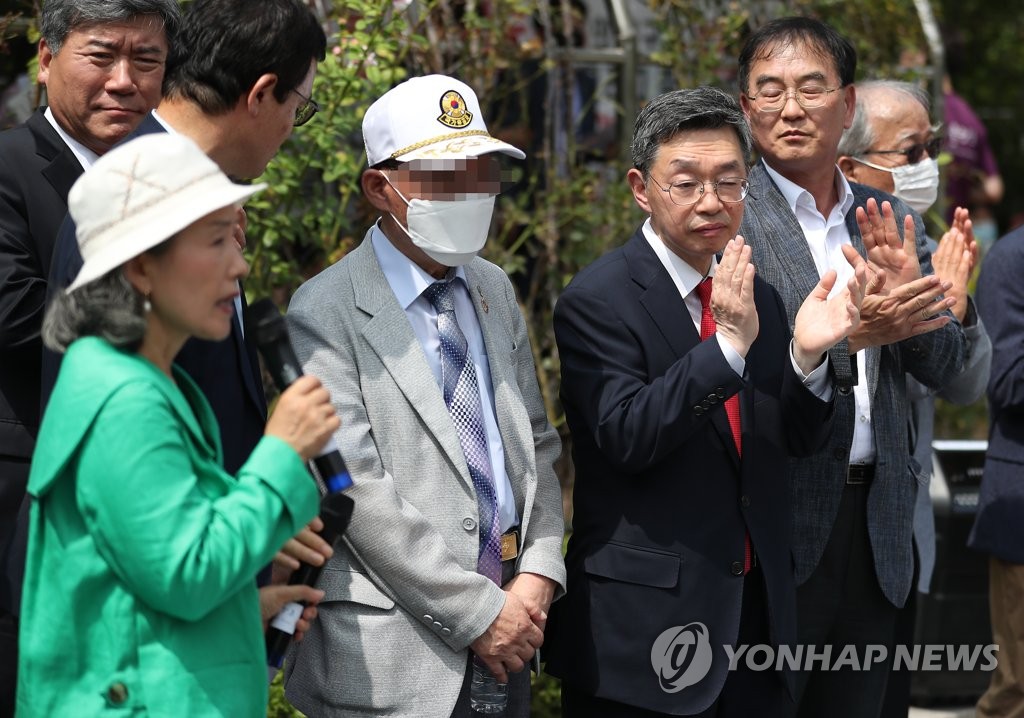 The two men said they fought in the Korean War but were captured by North Korean forces. Instead of being repatriated to the South following the end of the war, they were forced to work for a North Korean government construction unit from September 1953 to June 1956.

Roh and Han escaped the North to return home in 2000 and 2001, respectively. They have already been paid financial compensation by the South Korean government.

In the lawsuit filed against Pyongyang's regime, they demanded individual compensation of about 22 million won from the North's government and leader to cover their 33 months of forced labor.

The Seoul court's hearing on the case came to pass through the "conveyance by public announcement" system, in which court hearings proceed without the presence of defendants who have no known address or cannot receive legal documents, after a public notice on the court bulletin board or in the official gazette.

No one was present at the first hearing in January this year on behalf of the defendants.

A civic group that has supported the two men said after the ruling that they plan to take legal procedures to seize North Korean assets in the South, including copyright fees payable to North Korean broadcasters.