The unidentified service members are accused of creating disturbances by setting off firecrackers at Haeundae Beach on Saturday night and even shooting some of them toward citizens in an apparent Fourth of July party, according to the police.

"We regret the inconvenience and disruption this behavior caused the people of Busan," the U.S. military said in a release. "This type of behavior is deeply troubling to USFK and does not represent the strong respect we hold for the Korean people, their culture, laws and regulations."

Police earlier said they received over 70 reports of complaints from Busan citizens about wild and dangerous acts by foreigners who did not wear face masks, at a time when the country is battling to stem the spread of the new coronavirus.

Over the weekend, one U.S. soldier in his 20s was briefly detained after shooting firecrackers at citizens. Another service member was referred to the U.S. military for driving under the influence of alcohol, police said.

"USFK will cooperate with Korean law enforcement authorities in their efforts to identify those responsible, and all commanders will take appropriate action for those service members determined to be involved in this type of behavior," the U.S. military said, adding it remains committed to maintaining a strong alliance with South Korea. 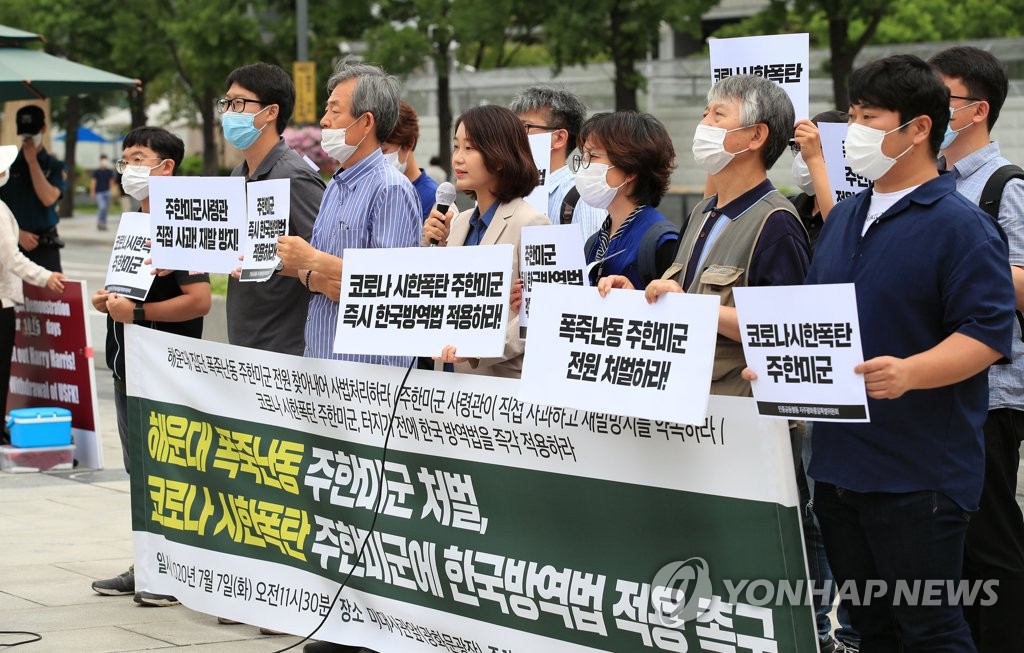