SEOUL, July 7 (Yonhap) -- It's hard to believe it sometimes, but you have to take the man's word for it. Jose Miguel Fernandez is human.

The hitting machine for the Doosan Bears in the Korea Baseball Organization (KBO) entered Tuesday's game against the LG Twins mired in a 0-for-14 funk. He had gone hitless in the past four games after never going more than one game without a hit all season.

Then he broke out for a 4-for-4 day at the plate at Jamsil Baseball Stadium in the capital, helping the Bears to a 9-6 victory.

"I am human. I can't be hitting well every day," Fernandez said through an interpreter. "But I am aware of high expectations from my fans. And after getting my first hit tonight, I was confident I'd get at least another one."

Despite the mini-slump, Fernandez was still tied for the league lead with 80 hits and ranked third with a .370 batting average. He said he didn't have any mechanical issues last week, and he was just trying to get over the mental hump. 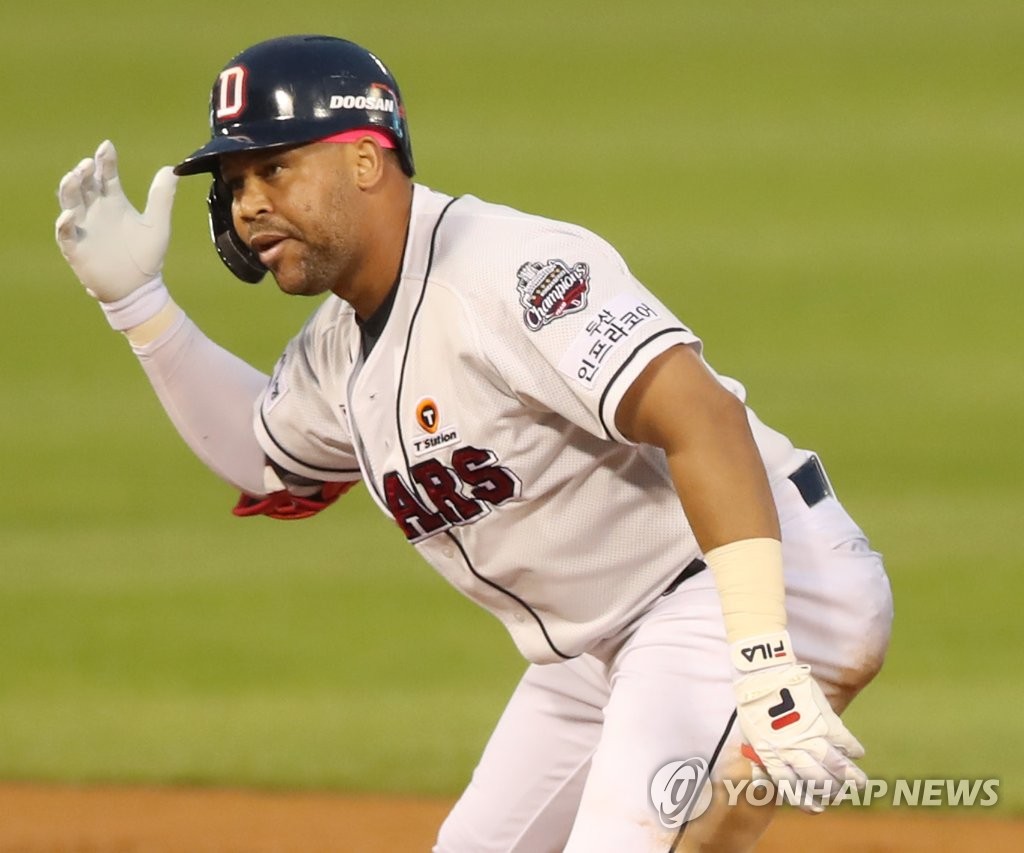 "I started rushing things a bit at the plate," he said. "I wanted to concentrate extra hard tonight and make sure I wouldn't swing at a pitch that I couldn't get to."

Fernandez led the KBO with 197 hits last season and will challenge the 200-hit mark this year, a milestone surpassed only once before in league history.

And the Cuban star said he isn't one to tinker with mechanics when things aren't going well. He relies on his teammates and coaching staff to break out of any slump.

"I watch clips of my at-bats when I didn't get a hit and try to figure out what I did wrong," he said. "And I constantly talk to our analysts and teammates to get their perspective, too."

Fernandez had a single, a double and a home run in his first three at-bats, and came up in the bottom eighth needing a triple for his first KBO cycle. He ended up with a single instead.

He admitted he was fully aware of the situation and vowed to make it happen sometime this season.

"This was the second time this season that I came up a triple short of the cycle," Fernandez said. "They said the third time is the charm. I want to get the cycle before the end of this season."