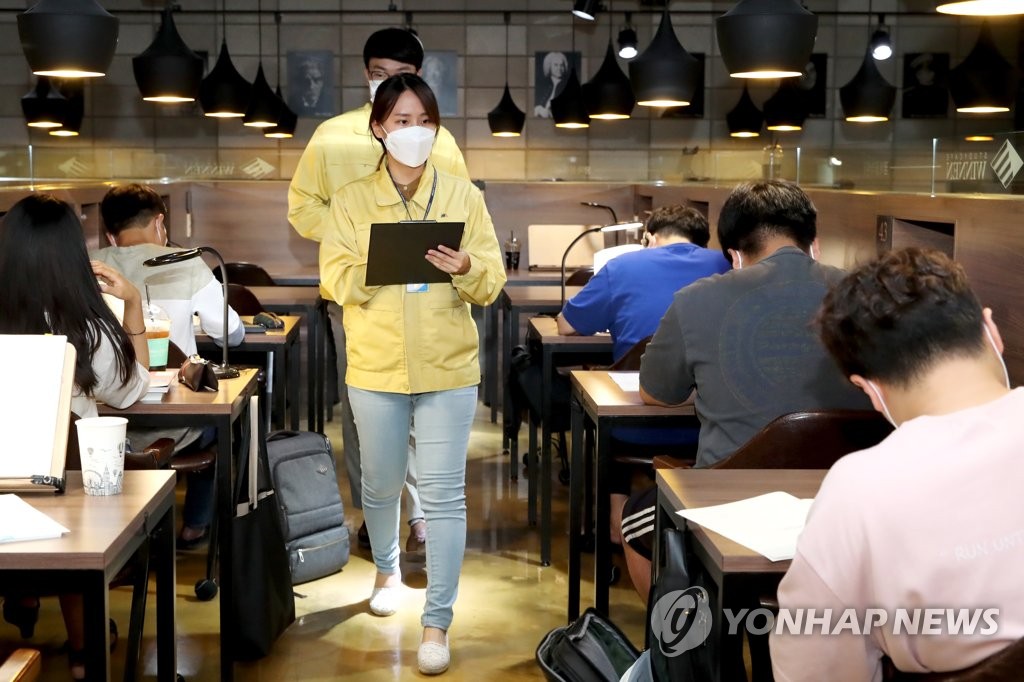 Of the new local infections, seven were reported in the southwestern city of Gwangju.

A total of 95 cases linked to a door-to-door business had been reported as of Wednesday, up three from a day earlier. Health authorities earlier believed that the related cases had originated from a Buddhist temple in the city.

A cram school in the city reported six new cases, with the authorities currently investigating whether they are connected to other cluster infections.

Since June 28, the central city of Daejeon has reported a total of 87 COVID-19 cases traced to a small retailer.

One more case was tied to a Seoul church Wednesday, bringing the total number of related cases to 38. 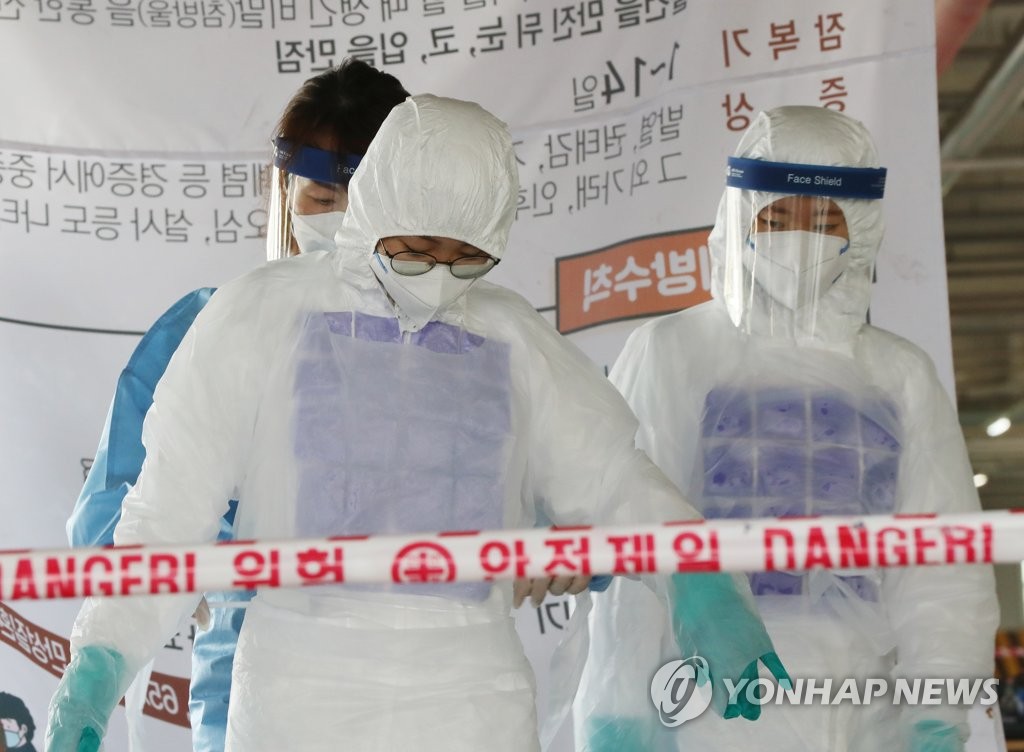 Health authorities said hospitalized COVID-19 patients here were bedridden for 20.7 days on average before fully recovering, although the length reached 23.7 days for those in critical condition.

"Patients aged more than 50, or those with underlying diseases, are more likely to suffer critical conditions," KCDC Director Jeong Eun-kyeong said in a briefing.

On Wednesday, 480 schools across the country were closed to prevent the spread of the virus, with some 370 schools in Gwangju shut down.

Over the past two weeks, around 10 percent of the newly reported patients had unknown infection routes.