SEOUL, July 8 (Yonhap) -- The defense ministry was to hold a meeting with residents near a U.S. Forces Korea firing range in the northern city of Pocheon in an effort to explore ways to resolve their safety concerns and other complaints, officials said Wednesday.

Wednesday's session will bring together Vice Defense Minister Park Jae-min and related officers from the military and the city, according to the ministry.

"Today's meeting is meant to brief the people on major ongoing support programs and future plans and to listen to their voices," a ministry official said. 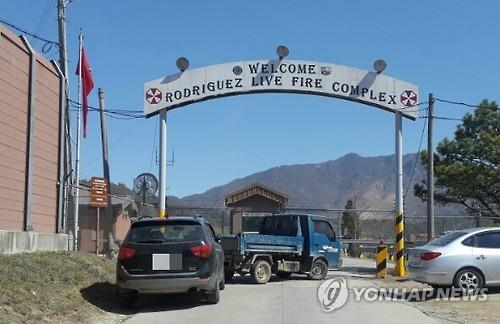