Moon's pretaped speech is scheduled to be played during the Global Leaders' Day event in the summit on the impact of COVID-19 on the world of work, according to the official. The session is scheduled to open at around 5 p.m. (Seoul time).

Moon will speak about the importance of a win-win approach for "new and better jobs" amid changes in the employment circumstances attributable to the coronavirus crisis, he added on the customary condition of anonymity.

The ILO meeting is to involve more than 60 heads of state and around 20 chiefs of international organizations, including the United Nations and the World Health Organization.

Moon's liberal administration has been accelerating a campaign to further enhance the level of the country's labor-related rules.

South Korea joined the U.N. agency based in Geneva, Switzerland, in 1991. It has yet to ratify four of the eight core conventions aimed at protecting workers' basic rights.

The government plans to submit next month a motion for parliamentary ratification of three of the four remaining major ILO conventions after winning approval from the Cabinet on Tuesday.

Those are No. 87 on freedom of association, No. 98 on the right to organize and collective bargaining, and No. 29 on the prohibition of forced labor. The convention No. 105 on the abolition of forced labor was excluded as it clashes with local law and requires legal revision, as well as a social dialogue, on adopting it, according to officials. 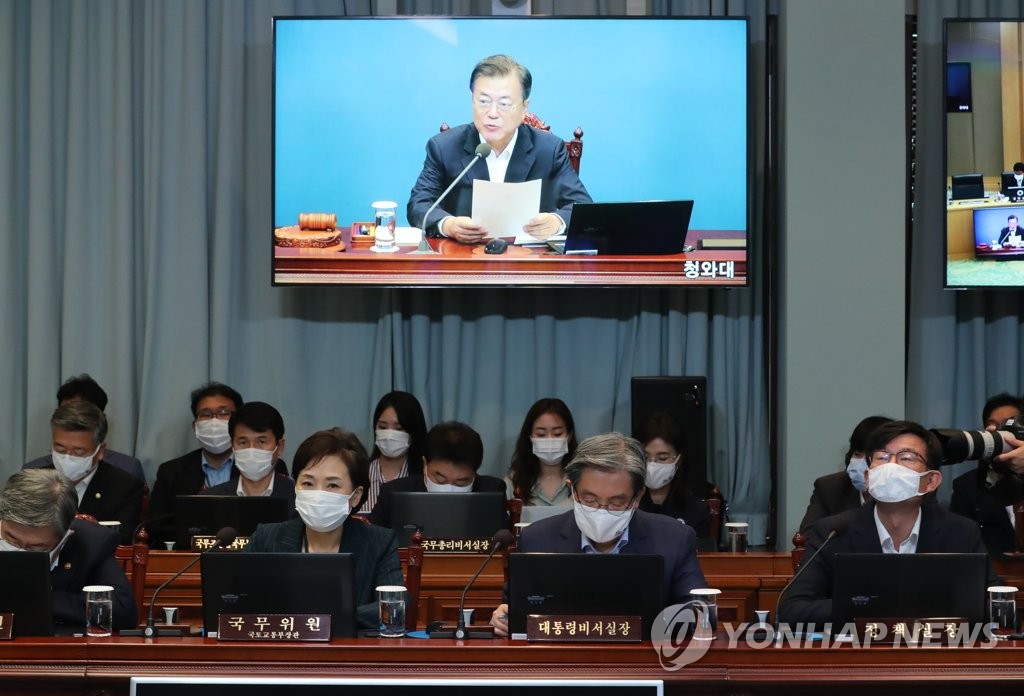