INCHEON, July 8 (Yonhap) -- Of several pitching categories in which Koo Chang-mo is leading South Korean baseball this season, innings pitched is one stat of which the left-hander is particularly proud.

The NC Dinos' ace has been gobbling up innings all year, while also helping ease the burden on what has been one of the worst bullpens in the Korea Baseball Organization (KBO) in 2020.

Koo tossed seven solid innings of one-run ball against the SK Wyverns on Tuesday and improved to 8-0 for the season. 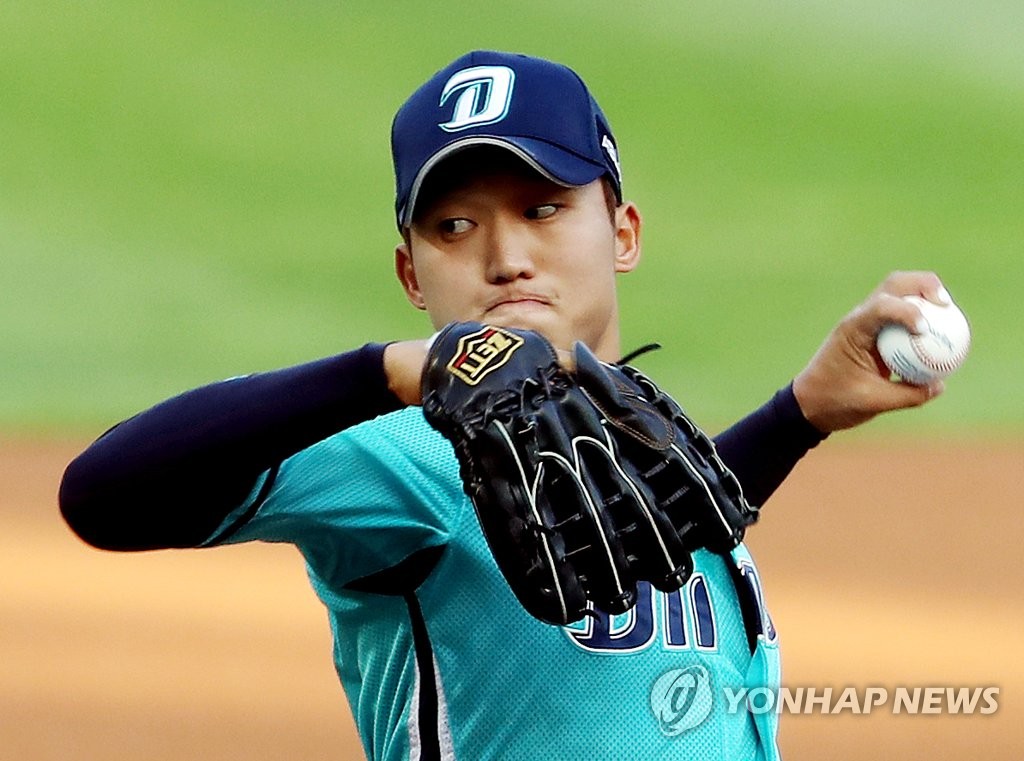 He's now thrown 73 innings after 11 starts. Odrisamer Despaigne of the KT Wiz has also pitched 73 innings, but he's made one more start than Koo. Koo is on pace to shatter his previous career high of 133 innings from 2018, when he split his time in the rotation and the bullpen.

Koo said Tuesday that the key to his ability to pitch deep into games is his aggressive approach.

He has been a strike thrower, especially with his first pitch. He leads all 29 qualified starters with a 67.2 percent strike rate with the first pitch.

Hitters step up to the plate expecting to see a strike from Koo more than two-thirds of the time. But that doesn't necessarily mean they can get a hit off him.

"If I can retire a batter on just one pitch, it can be really helpful," Koo said at SK Happy Dream Park in Incheon, 40 kilometers west of Seoul. "I'll continue to throw strikes with my first pitch."

His manager, Lee Dong-wook, said Koo's approach also keeps the defenders behind him on their toes and helps with Koo's pitch count.

Case in point: last year, he pitched more than seven innings just twice out of 19 starts because his pitch count ran high. He would approach or go over 100 pitches -- that magical number that triggers managers and pitching coaches across the league into action -- after just five innings. This year, he has gone at least seven innings in seven out of his 11 starts. And Koo managed to keep his pitch count at or below 100 in four of those seven games. 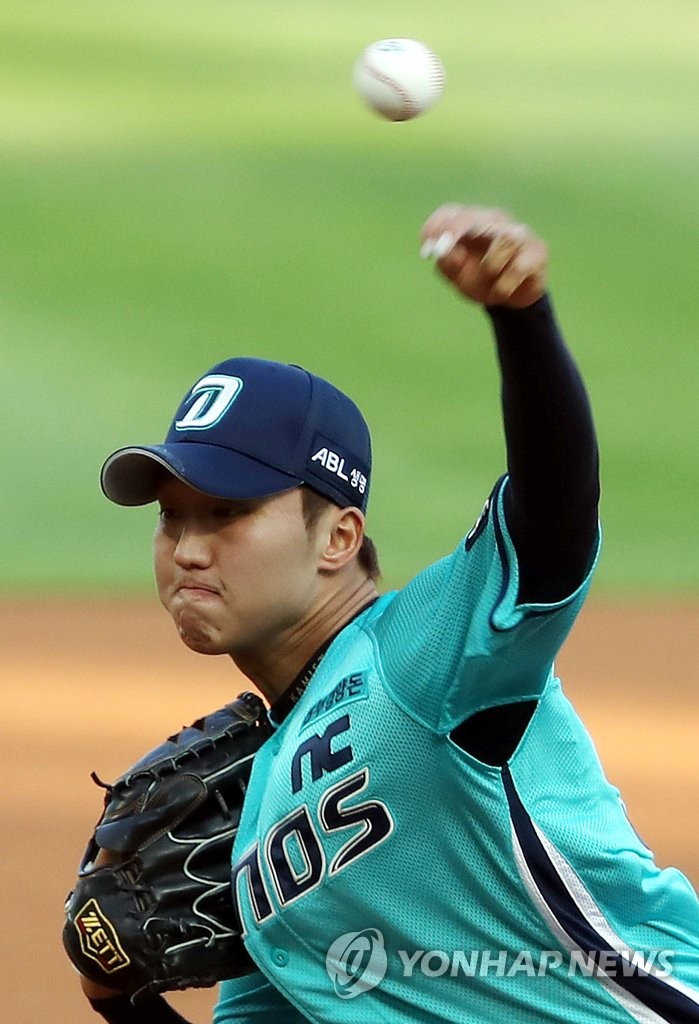 Koo said he has taken it upon himself to pitch as long as he can to save the bullpen.

The Dinos boast the KBO's best rotation ERA with 3.46, led by Koo (1.48) and Drew Rucinski (2.30). But they have the league's worst bullpen ERA with 6.79, and other stats paint their relief corps as an atrocious unit.

"I personally don't think our relievers are bad at all," Koo said. "I always trust them to close out games. And as a starter, my job is to pitch as many innings as I can and lift some pressure off their shoulders."

Koo leads the league in wins, and he insisted he couldn't have done it all by himself.

"I try not to think about the number of wins because it's mostly based on luck," Koo said with a smile. "Maybe it'll become more difficult to pick up wins later in the season. So I have to keep piling them up while I can."